16 Movies To Watch If You Love Mean Girls 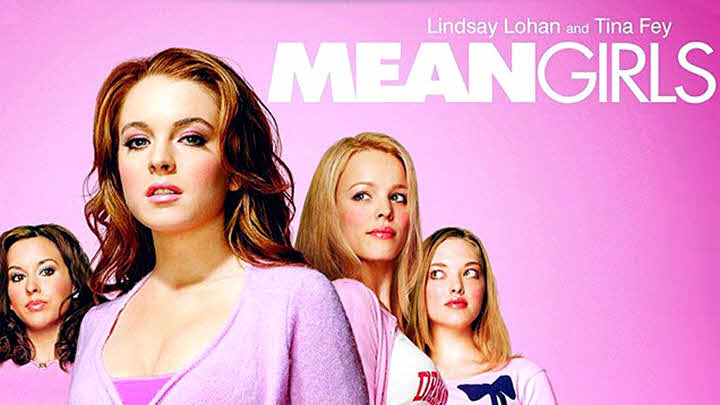 Cady Heron moves from Africa to start Northshore High School, without having socialized with teenagers since her teaching was provided by her parents. Now it is time to adapt to “real” life where she will encounter challenges she previously did not have.

She makes the wrong friends and now has to compete with them to become a popular girl in school. But these girls are really mean and will stop at nothing to take her down. This is a light comedy that can also be seen as a coming of age story for our protagonist.

Check out more movies like Mean Girls where we also have young women protagonists that are trying to successfully navigate life and everything it throws at them:

A rebellious girl who is saved from death in the subway by a carefree young mam will start a friendship that will later turn into a romance, with various plot breaks, lyrics and comics that make this film really fun and entertaining. The girl is mean and difficult, but with time, our hero will manage to make an impact.

The basis of the success of this film is found in the chemistry of the two protagonists who splurge in each of their scenes, they make you laugh, cry, move and move with an ease, simplicity and efficiency that is not in keeping with the short ages that the protagonists had in those times.

With a similar main character, this is the perfect choice for someone looking for more movies like Mean Girls on Amazon Prime.

Daphne Reynolds has what every girl wants, or so it seems. This lively young American has a special and very particular style, an unconventional but loving relationship with her bohemian mother Libby and a future full of possibilities. Despite her exceptional expectations, Daphne feels incomplete.

Determined to live out her fantasy of forging a fairy tale relationship with her long absent father, Daphne impulsively boards a plane to London, where she soon discovers that her father is the prominent politician Lord Henry Dashwood.

A funny comedy with a difficult young woman as the main character. If you are looking for movies like Mean Girls on Netflix this is what you want to see.

It’s 1987. Jenna Rink is a thirteen year old girl who all her schoolmates ignore, the popular girls, the young man she has fallen in love with but who does not know her name.

At her thirteenth birthday party she decides to invite her schoolmates but it turns out to be a disaster and, hidden in a closet, she feels ignored and alone again. With all her strength she makes a wish, to grow up and have the life she always dreamed of.

“Be careful what you wish for”: The next day Jenna comes out of the closet, it’s 2004 and she’s thirty years old. She is now a brilliant, successful woman living in a fabulous apartment on Fifth Avenue. The days of unpopularity are over. But will she now find happiness?

Kathryn and her half-brother Sebastian, still high school students at an elitist high school in New York, decide to make a Machiavellian gamble. Sebastian, an accomplished Don Juan, is to sleep with Annette, a young woman who wants to remain a virgin until her marriage.

The story is about Veronica Sawyer, 17, who is one of the most popular girls at Westerburg High School. In addition to Veronica, the popular gang consists of three rich and beautiful girls with the same first name: the leader, Heather Chandler; Heather McNamara, a malleable cheerleader, and Heather Duke; a bulimic literature buff.

Although they are the most popular students, the Heathers are feared and hated. After student Jason “J.D.” Dean points a gun at school bullies Kurt Kelly and Ram Sweeney, Veronica is fascinated by him but will have to get through the Heathers if she is to have a successful relationship with him.

The 3 Heathers are very similar to the characters in Mean Girls, making this another top recommendation.

More film to watch if you liked ‘Mean Girls’: