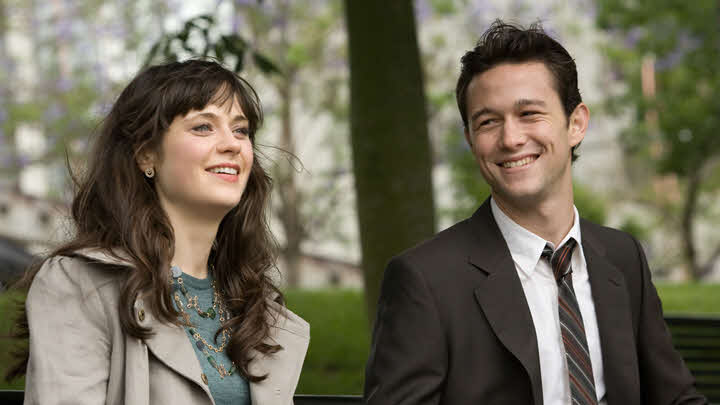 500 Days of Summer tells the story of Tom and his desire to be with Summer, a girl he meets at work. From day one he feels confident that she is the love of his life, which he had hoped for so long. From the beginning of the film, the narrator warns us that it is a story of a boy and a girl, but not one of love; he tells us from the moment they meet, how the relationship flourishes and declines.

In fact, Tom lives his 500 days with Summer, but it is told in an atypical way: starting around day 400 and jumping back and forth multiple times throughout the film, which is much more interesting than watching the days go by, one after the other.

Check out more movies like 500 Days Of Summer that take a loot at complex relationships, whether between couples or families, or both.

The Eternal Sunshine Of The Spotless Mind (2004)

This is an untimely tale that begins with the reunion of Joel and Clementine, whose love story is full of complexities that will eventually be understood as the issues comes up, all while Valentine’s Day, celebration par excellence of love, approaches.

While the film is about the relationship and breakup of a couple, it also delves into the deep and personal meaning of the protagonists through a comic, scientific and psychological tone.

It talks about synchronic, human feelings, their decisions and how, despite undergoing a procedure to erase memories, emotions follow and resume their previous course. In our list of movies similar to 500 Days of Summer, this is a very worthy #1.

Juno MacGuff is a 16-year-old Minnesota teenager who, on a boring afternoon, decides to have sex with her friend Paulie Bleeker. As a result of that relationship, Juno becomes pregnant.

After confirming it with three pregnancy tests, she tells her friend Leah, who is willing to help her solve the problem. She tells Bleeker that she plans to have an abortion, but at the last minute she backs out and decides to keep it and give it up for adoption.

A story about tough decisions, responsibility and love, which you will thoroughly enjoy if you want to watch more movies like 500 Days Of Summer.

Charlie is what is known as a wallflower: Very introverted, observant, weird and unpopular. His friend Michael has just committed suicide, his favorite aunt has also died and, in his first year of high school, all this makes him feel somewhat confused and disoriented.

And he decides that, as a good teenager, he has to explore new territories: his first love, first dates, alcohol, sex, drugs, parties, and even suicide.

All of this at the hands of his two new and inseparable friends, Patrick and Sam, two half-brothers a little older than Charlie whom he meets in high school, after coinciding with Patrick in one of his classes in a rather peculiar way.

The Silver Linings Playbook story follows Pat, who after 8 months in a psychiatric institute, lives with his parents while implementing a plan to get his wife back. After meeting the also particular Tiffany, things for him and his family take a new turn.

Cooper manages to blend the couple of ‘Rain Man’ in his interpretation: The innocence and frustrating manias of Dustin Hoffman with the charisma and the buying smile of Tom Cruise.

Like a child without filters, he constantly says inappropriate and offensive things, originating many of the comic situations. The obsession to reconquer his wife despite her unfaithfulness is something rarely seen in a male protagonist.

The film focuses on the Hoover family, formed by a drug-addicted grandfather, a father obsessed with achieving success in life through his “9 steps”, a mother who serves as a link between the whole family, an uncle who is overcoming a suicide attempt due to the abandonment of his boyfriend, a teenage son who does not speak and who communicates through notes, and a young daughter, Olive, an outgoing and very peculiar girl, who wants to be a model of beauty.

It all begins when Olive is called to participate in a “Little Miss Sunshine” contest and the whole family, for one reason or another, mobilizes to take the little girl to California, where the contest is held in a somewhat ostentatious caravan, so that she has the opportunity to participate in it. A must watch for any fan of films like 500 Days Of Summer.

More films to watch if you liked ‘500 Days of Summer’: