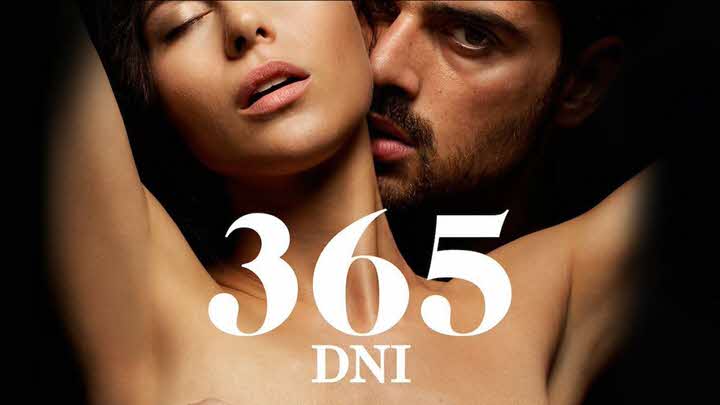 Laura Biel has a relationship with a man who doesn’t pay too much attention to her. On a trip to Sicily for her birthday, she finds herself fed up with her partner so she decides to run away from him – but ends up lost.

She is then kidnapped by a rich mafioso named Massimo Torricelli who is obsessed with her and wants her for himself. Determined to make her choose him on her own, he gives Laura 365 days to fall in love with him, starting a game of seduction that will tempt Laura more and more.

Check out these similar movies like 365 days that also have strong themes of seduction, forbidden relationships and unconventional romance:

Fifty Shades of Grey is narrated to us in the first person by Anastasia Steele, an English literature student. As a favor to Kate, her best friend, roommate, and editor of the college’s magazine, she agrees to interview Christian Grey, one of America’s richest men, a handsome and successful young man who runs one of the country’s most powerful business.

The encounter between the two and the resulting attraction of the interview will make Grey captivated by Anastasia’s sensuality, freshness and character, and will initiate a sentimental relationship between them. Anastasia’s innocent, love-struck world will be shattered when she discovers that Christian hides a dark, shadowy face, sexual inclinations dominated by sadism and submission.

Grey will try to introduce Anastasia to her sexual and emotional reality, while she will try to find out why Christian’s tastes and way of being are so different. If you love movies like 365 Days, then the 50 Shades Trilogy should be right up your alley.

In Nymphomaniac we have a film that is as provocative, difficult to appreciate, as it is sad and pitiful. It is the story of a woman, one who has lived all her life trapped by her carnal desires.

A woman who since she was a little girl experienced sexual satisfaction, which over time twisted the concept and led her to become a nymphomaniac, a condition in which the more sexual activity you have, the less sense of satisfaction you have. That means sex is taken to denigrating and unsuspected limits. It is a cruel condition that like any other addiction controls the mind and life of the sufferer, revealing psychological disorders, emotional voids or tragedies experienced.

If you are interested in more movies like 365 Days this should also be a very satisfying viewing, as the movie has a brilliant cast and is wonderfully helmed by well known director Lars von Trier.

The film follows the events narrated by the protagonist Tessa Young as she faces her first year of college. Or not, since more than her time at school, everything is centered on the love and sexual experiences she has with Hardin Scott, who seems to be the new incarnation of the tough-but-intelligent-but-attractive-but-rich and sensitive boy.

Tessa and Hardin will have to face difficult tests to be together. The innocence, the awakening to life, the sexual discovery and the traces of a love as powerful as the force of destiny. Another must watch for fans of movies like 365 Days.

Veronica Simon is a renowned psychiatrist who is married to Jake Simon, a candidate for the United States Senate. One night, after meeting Victor, a young and attractive sculptor, they have a passionate meeting.

But Victor does not seem willing to make the relationship a one-night stand and will struggle to formalize his relationship with Veronica. Victor’s insistence makes Veronica decide to erase him from her life, but he will not give up in pursuing the woman who has him dangerously obsessed.

Will she give in to him eventually? Or will she live to regret the encounter ever happened? A great watch if you’re in the mood for movies like 365 Days that are well paced and have tense but thrilling moments.

Zoe is a woman who has it all: a beautiful family, a successful business, and an extremely active sex life with Jason, her husband. However, when Zoe meets Quinton Canosa, she discovers that there is something dark inside her that she cannot control no matter how hard she tries: her addiction to sex.

This woman is supposed to suffer from a terrible problem, yet all the images are full of beautiful things: art, clothes, super attractive humans. So is her addiction wrong, or should she fully give in to it? That’s what she’ll have to decide on her own.