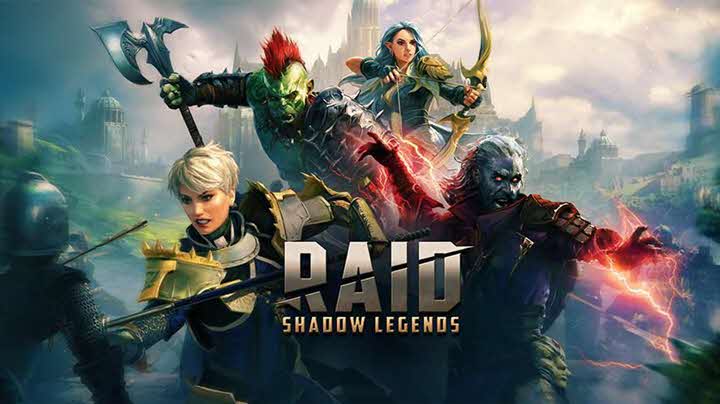 RAID: Shadow Legends is a role-playing, fantasy and mobile dungeon game that calls on the most legendary warriors of the forces of Light and Darkness to save the world of Teleria.

Hundreds of champions of 16 playable factions (sorcerers, wizards, undead, knights, elves, etc.) that the players must learn to control, and to improve, in balanced teams to have a chance in the epic fights against bosses or in the PvP arena.

Hours of fun can be enjoyed with this very popular yet very complex RPG. Check out more games like RAID: Shadow Legend where you also upgrade characters, navigate dungeons, fight against bosses and other players and be the best you can possibly be.

SW is a combat game with monsters or characters that we have previously achieved by summoning in several different ways. These monsters can have five different elements (but only belong to one of them), several skills and experience levels. And besides, we can empower them with 6 different runes to each one.

The result is that although the basic statistics of each monster are always the same, the randomness of the runes and the possibility of improving them along 15 quality levels make that there are not two equal monsters in the whole game.

The objective of the game is not clear, since it is so extensive and complex that each one can choose his own: To have the biggest collection of monsters, to be the best in PvP combats or simply to be the leader of a guild of summoners.

Anything goes as long as you improve your monster equipment and skills. A great alternative if you’re looking for more games like RAID: Shadow Legend.

Calibria: Crystal Guardians is the new Mars Game role-playing game for iOS and Android. The game offers more than two hundred heroes in multiple factions that we must collect, level up and form teams while you fight against the demons and protect the Calibria Crystal.

Do you want to discover all the secrets of this wonderful game? Then don’t miss our Calibria Crystal Guardians tricks and get ready to get the best heroes and much more.

Oversee battle between Dragon Champions against the demons and other creatures. Lead your amazing heroes into battle and be a defining force in the battle for Korador. 7 cool races to choose from, you can gear up your characters and achieve victory against others by being the better tactician.

Hours of good gameplay will make this game hard to put down as it is a perfect alternative for fans of RAID: Shadow Legend.

4. War of Genesis: Battle of Antaria

You have your own ship with awesome characters and you have to fight monsters to win back the continent of Antaria. Build a party, customize characters, ships, weapons, build a fleet and upgrade your base.

Join a guild and fight together with others to achieve your goals. Everything is in play in this awesome mobile game!

AFK Arena is a game with a very basic but very popular mechanics; half down game, half idle game, the goal is simple: Gather a team of characters, level them up, equip them with objects and defeat increasingly complicated enemies.

The art is very well cared for, the characters, although typical, have enough differentiating features to attract attention and the animations of each one of them are quite well cared for. Another great suggestion for you if you are into games similar to RAID: Shadow Legend.

More games to try if you liked RAID: Shadow Legends: