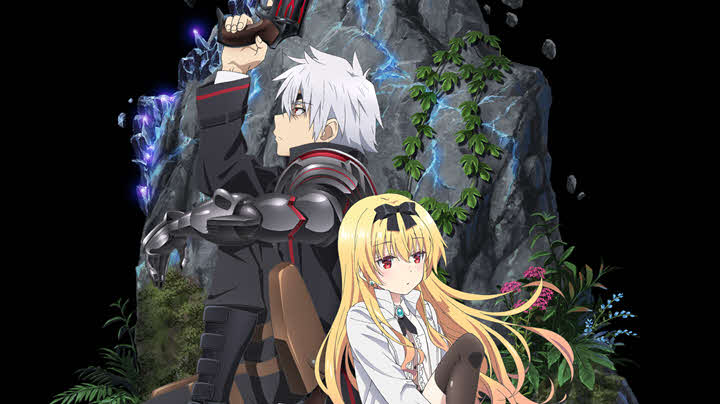 Hajime Nagumo, 17, is your average otaku who lives at night and sleeps at school. However, his simple nightlife suddenly changes when he, along with the rest of his class, is summoned into a world of fantasy! They are treated as heroes and have a duty to save the human race from total extinction. But what should have been the wet dream of any otaku quickly becomes Hajime’s nightmare.

While the rest of his kind is blessed with divine powers, Hajime’s work, Synergist, has only one unique transmutation ability. Ridiculed and harassed by his classmates for being weak, he soon finds himself in despair. Can he survive in this dangerous world of monsters and demons with only the level of strength of a glorified blacksmith?

These are great anime like Arifureta: From Commonplace to World’s Strongest (Arifureta Shokugyou de Sekai Saikyou) with unlikely protagonists that wake up in different worlds, have unconventional powers and are quite likable.

Best Anime Similar to Arifureta: From Commonplace to World’s Strongest:

1. The Rising Of The Shield Hero

The Rising of The Shield Hero is an anime starring Iwatani Naofumi, who is summoned as a hero to another world along with other comrades. But he ends up being tricked and betrayed. He must rise from the ashes and grow up in a kingdom where he is hated, persecuted and his skills are limited to his shield.

As we advance in the plot we appreciate a consistent psychological evolution of the protagonist. He will not be alone, since a rich co-protagonist will be added, acting as an emotional counterbalance to the hero, typical of this genre, and some secondary characters that will test those positive changes of a person who has been used and deceived. So we will be forced to follow the story, very addictive in all aspects. A great follow up if you want more anime like Arifureta Shokugyou de Sekai Saikyou.

The story begins with a young man who, by works of fate, dies in an accident and is reborn in another world, one that is full of magic and demons. This boy is a baby who was picked up by a powerful sorcerer, a hero named Merlin Wolford, and he gives him the name Shin. This wizard raises Shin as his grandson, far from society, who absorbs his teachings, developing incredible skills.

Once he turns 15, Merlin realizes that he had taught him powerful magic, but not common sense, value of money or how life works. So on the recommendation of his uncle (who is the king of Earlshide) Shin must now attend the magic academy, with the agreement not to use Shin for war. How will this new adventure turn out for this powerful wizard?

The story stars Haruhiro, who, when he wakes up, is in a dark place. He doesn’t know where he is, or why he is there, or even where he has come from. Around him there are more men and women who are in the same situation. Together they are advancing out of the darkness and find before their eyes an unknown world called “Grimgar”.

In this game-like world they will have to form a group, cooperate and learn new skills to survive the hostile environment. Another strong anime like Arifureta: From Commonplace to World’s Strongest which should keep you busy for days.

Also Recommend: 50 Anime Where The MC is OP But Hides it

“Elder Tale” is a popular and widely established online game, but the day it launches its 12th expansion, 30,000 Japanese users are trapped inside the game, a world where reality and fiction have come together. After this event named later as the apocalypse, our protagonist, the veteran player Shiroe, began his fight in the city of Akihabara next to his old friend Naotsugu, the precious assassin Akatsuki, and the chivalrous man cat Nyanta, with which formed the guild Log Horizon.

Shiroe not only tries to find a way to return to his world, but also looking for how to bring back life to the city of Akihabara, which after the apocalypse is full of depressed players, not only because they can’t return to the real world, but also because with nothing to do and no clear objective.

It is the year 2022, and a new video game is being launched on the market, which will be played through the online system, and in virtual reality format, which is called Sword Art Online (SAO). The same is used through a helmet that is called NerveGear, with which the five senses of the player begins to be stimulated, and players can feel and experience what they are doing the game characters through their minds.

The creator of this game is called Akihito Kayaba. By November 6th more than 10 thousand players are entering this game through cyberspace, and when they see that they cannot leave the game, its creator Akihito Kayaba, notifies the players that they must finish the game and beat the 100 floors of Aincrad. Another great choice for fans of anime similar to Arifureta Shokugyou de Sekai Saikyou.

More shows on Hulu, Netflix and Amazon Prime to watch if you liked ‘Arifureta’:

6. That Time I Got Reincarnated as a Slime
7. In Another World With My Smartphone
8. Goblin Slayer
9. The Fruit of Evolution: Before I Knew It, My Life Had It Made
10. Tokyo Ghoul
11. Youjo Senki: Saga of Tanya the Evil
12. Redo of Healer (Kaifuku Jutsushi no Yarinaoshi)
13. Cautious Hero (Shinchou Yuusha)
14. Akashic Records of Bastard Magic Instructor
15. Spirit Chronicles (Seirei Gensouki)
16. Tsukimichi Moonlit Fantasy
17. Death March to the Parallel World Rhapsody