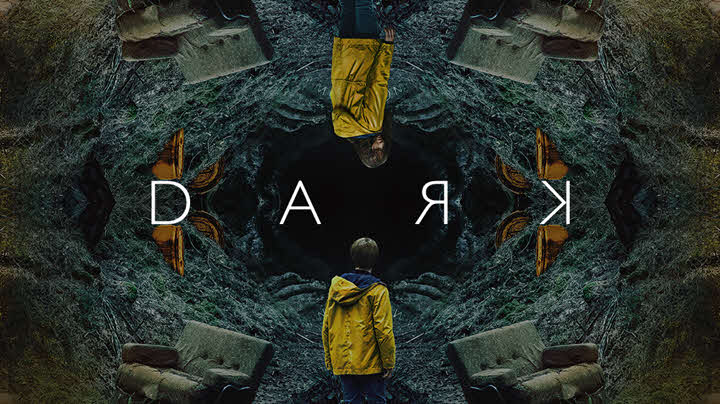 Dark is a series of suspense drama and science fiction created by German director and screenwriter Baran bo Odar for the Netflix platform. The series is a kind of puzzle with a complex narrative structure.

In Winden, a small German town, four families are immersed in the search for a child who has mysteriously disappeared. They soon discover that the events span different eras and generations. Dark is a fiction loaded with symbolism and mystery that has the ability to hypnotize the viewer, forcing him or her to continually reflect and search for an explanation.

What is the relationship between the past, present and future? Are they independent space-time units or do they feed off each other? Unique show shrouded in mystery, so if you want more shows like Dark, you should definitely check this list out:

On September 22, 2004, Oceanic Airlines Flight 815 took off from Sydney, Australia, bound for Los Angeles, California, carrying people of many different nationalities, religions and cultures. The flight deviated from its route and ended up separating into two pieces that would each land on a different part of , a mysterious island.

The series uses flashbacks (visions of the past) to teach us more about each character, revealing more about them and their mysterious past. Where are they? Is help coming? And what’s that moving in the jungle? The island isn’t at all ordinary, as our protagonists are about to find out.

This is a classic show, one of the best mystery series that ever aired, and if you’re a fan of shows like Dark and have somehow never seen Lost, stop what you are doing and watch it now. You won’t be able to stop (we warn you!).

Sense8 is the simultaneous story of 8 people in different parts of the world, Will the policeman from Chicago, Riley a DJ from Iceland who lives in London, Capheus a driver who lives in Nairobi, Sun an important banker from Seoul, Lito a Mexican actor, Kala a family from India, Wolfgang a thief from Berlin and Nomi a lesbian transsexual from San Francisco who is also a hacker and blogger.

And the story of Sense8 begins just as Angelica, a sensation, together with Jonas, is looking for the new generation of people with these powers. Once she finds them, the connection between these people begins and an adventure that will have to unite them even though they are in different parts of the world, in order to survive.

The strong theme of mystery and a bigger picture where the protagonists have to find out what is happening and how they are connected makes this a natural recommendation if you’re into more shows similar to Dark.

Altered Carbon’ takes us to the end of the 24th century. The Earth is only one of many planets on which humanity is now part of the cosmos.

In this dystopian future, death has ceased to be a problem, at least as we conceive it today: technology and the discovery of a revolutionary material at one of the ends of the universe has made it possible for our consciousness, everything that makes us human, to be stored in a kind of cortical disk that is implanted at birth at the base of the skull.

Dead 250 years before the action began, the conscience of Takeshi Kovacs, a legendary Envoy -a military man trained to withstand the rigors of interstellar wars- is rescued by Laurens Bancroft, a Meth billionaire, to find out the truth about the mysterious circumstances in which his previous body died: while the police think that his “death” was a clear suicide, Bancroft believes that he was murdered. The mystery is about to be uncovered.

A girl went missing years ago, and just about when everyone had given up hope to see her again, she returns to her hometown – after trying to jump off a bridge. There is shock in her family as not only are they reunited after such a long time, but she has returned … changed. She has a story to tell, and needs the help of 5 people to go somewhere other people can’t reach.

She starts telling her story to 5 strangers, and needs to convince them everything is real for them to help her in her mission. Is she telling the truth? Her story is unbelievable and yet, totally believable. A very cool story with a lot of mystery, great writing and good suspense. If you love shows like Dark you’ll love The OA, quite an original series.

We focus on the psychological consequences of the loss and disappearance of Oliver Hughes, a five-year-old boy whose father lost track of him while begging for food in 2006 during a family vacation in France.

The father, Tony Hughes is desperate to find his lost son, who many already assume is dead – but he is not. With the help of detective Julien Baptiste he will return to the French city with a clue that may bring his son back to life, dead or alive.

A huge puzzle with twists and turns at every stage and two timelines, Tony’s exhaustive search fractures what little relationship remains with his wife Emily, and threatens to destroy his current life with a new partner. Told through a delicate and complex story, The Missing is a pleasant fictional surprise you’ll want to watch if you enjoy shows like Dark.

More TV, Netflix and Amazon Prime shows to watch if you liked ‘Dark’