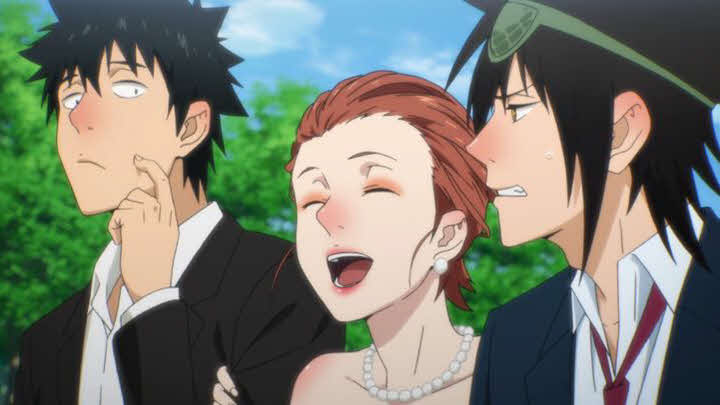 The story begins with a wrestling tournament that seeks out the best possible wrestler from among all the high school students who can be found in Korea. Jin Mori, a taekwondo specialist as well as a high school student, soon discovers that there is a much bigger secret behind the tournament.

Our main characters Mori, Daewi and Mira literally exchange names and motivations for fighting in the tournament as they return home from the arena: Daewi is in it for the money, Mira wants to restore her family’s swordsmanship dojo, and Mori is here – well, he seems to be one of those heroes who only has fun fighting. Maybe he just wants to be the best, like nobody ever was.

This anime is packed with action, excitement and cool fight scenes. Of course, several twists and turns are also included, so if you’re looking for anime like The God of High School, you’ll want cool fighting scenes, good all around action and a variety of characters to help move the story forward.

Best Anime Shows Similar to The God of High School

When five death row inmates escape their prisons in different parts of the world, they all travel to Japan, to face Baki – who seeks to make a normal life as a young student.

In this battle, four martial arts masters will join the protagonist, resulting in a conflict between “white martial arts” and “black”, alluding to the fact that criminals are not afraid to use all kinds of traps and weapons, breaking the moral codes of the defense arts.

After all, there is never only one way to fight, your decisions and moral code play a big part. When looking for anime like The God Of High School, with a strong martial arts theme, cool fighting scenes and a young student protagonist, Baki is a natural choice that you will surely enjoy. 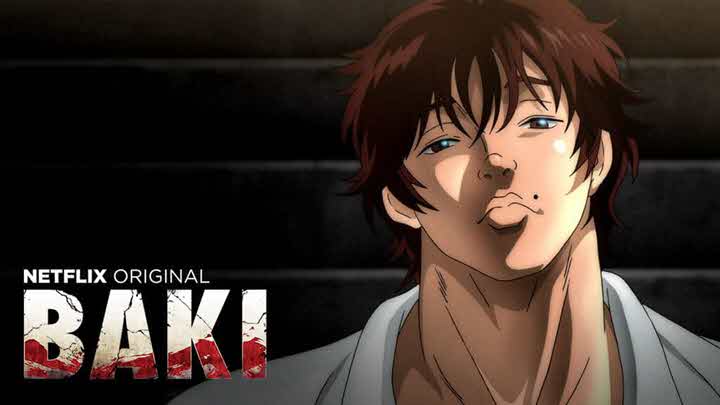 Hakofu Sonsaku is a very pretty, sexy, and a bit silly girl; she is the descendant of one of the great ancient generals of history. For years, the protagonist has lived in the outskirts of Tokyo, while she was trained in martial arts by her own mother, who in the past was married to another descendant of these old generals.

Hakofu decides to enter the Nanyo Academy, where cousin Koukin is located. This school from the region of Kanto, is part of a wild student war between different schools in Japan. Our protagonist will have to face destiny, but that destiny might be quite unpredictable.

For fans of The God of High School this will be a perfect watch, as you have a fighting theme between schools and students, with cool scenes and nice twists. 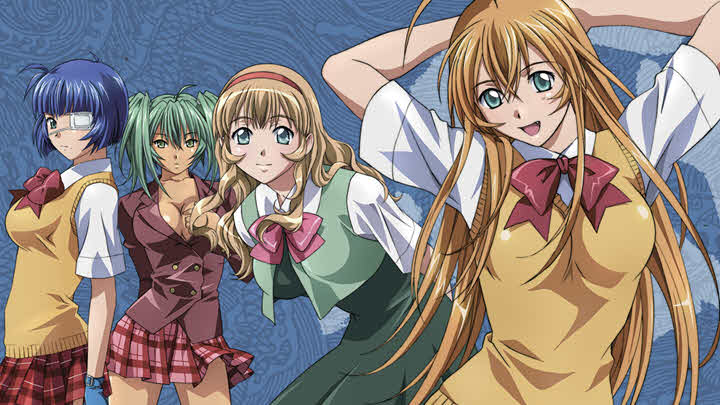 Ichigo Kurosaki is a 15-year-old high school student who has one peculiarity: he is able to see, hear and talk to ghosts. But he doesn’t know how far he can go in classifying spirits, or what it takes to know that. One day, a strange girl of small stature wearing black samurai clothes enters his room.

Her name is Rukia Kuchiki, and she is a Shinigami (a God of Death). To Ichigo’s disbelief, she explains that her job is to send the good or extra souls to a place called the Soul Society, and to eliminate the evil souls or hollows.

It is precisely a hollow, and Rukia herself, that will bring about the complete change in Ichigo’s life… and that of the people around him. A classic that you are sure to love if you enjoy anime similar to the God of High School. 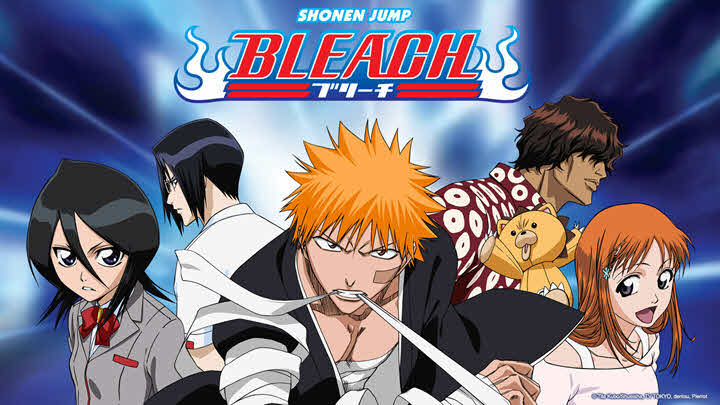 Every 12 years, a group of twelve mercenaries representing each Chinese sign of the zodiac have a fight where only one will survive. All of them will use their fighting skills to be the winner and get the prize of the tournament: a wish that goes beyond any rule.

Of this year’s 12 competitors all are mercenaries who kill for money, except for a couple of exceptions like the Monkey, who is a pacifist and went there to try to put a stop to this massacre, and the rat, who is just a lazy boy.

The Ox is something like a hero to most people, since he always comes out victorious in almost everything; the Hare, who is not only a villain to measure, but is a necromancer and turns into a zombie. A lot of action and very cool and diverse characters make this a top choice. 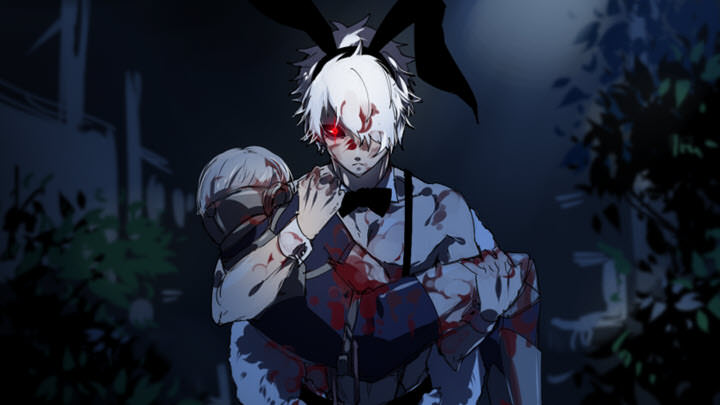 In the not so distant future, boxing evolved into a different type of contact sport, known as Megalo boxing. What does it consist of? Boxers use mechanical equipment that enhances attacks and punches. Among this new generation of fighters is an orphan with no name, which is why he calls himself Junk Dog.

Not being part of the citizenry and having no identification, he is forced to participate in illegal fights that are arranged by his trainer, Nanbu. Junk Dog is tired of selling fights. He wants to prove his worth, his talent as a fighter.

It’s a chance encounter that gives him that opportunity to turn his situation around. On the list of anime like The God Of High School, this anime should definitely not be overlooked. You’ll find a lot of excitement and action to enjoy. 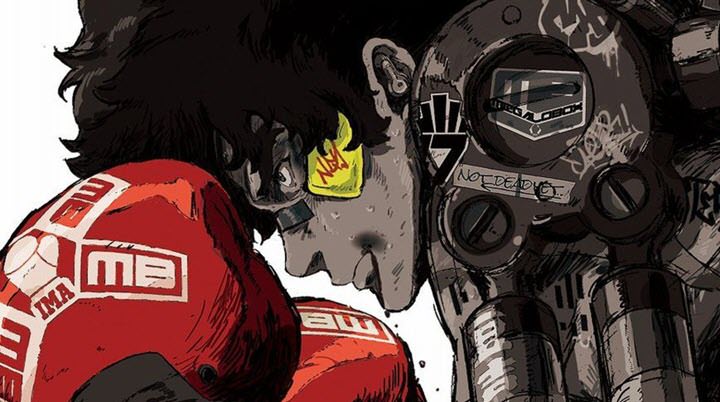 If you are in mood to read a Manhwa Like The God of High School rather than watch an anime check the below:

New sensei Chun-woo is no ordinary teacher. After witnessing his great power, Shin-woo, a weak little fool, begs him to let him be his disciple so that he can become stronger.

Chun-woo claims that he can only teach Shin-woo if he is truly determined to learn, and to prove this, Shin-woo throws himself into a deep river from a bridge. However, it turns out that Shin-woo was not aware of all the power his sensei possessed.

Shin-woo is about to enter a world hidden from the rest of the martial arts world and learn from the best. Action packed and great fight scenes make this a worthy follow-up for fans of The God Of High School.

Girls of the Wild’s

The Wild School is a prestigious private educational center exclusively for girls from powerful families to train and become excellent fighters, and then compete in the most popular martial arts tournament in the country.

But this last year, the school decided to accept boys too, and song jae gu, enters as the first boy in the school thanks to a three-year scholarship. A shy boy with the only purpose of finishing high school and taking care of his two younger brothers who despite their young age support him to keep going.

This is funny with a very cool cast of characters, and some decent action, so another great choice if you’re looking for Manhwa like The God of High School. After all, this also happens to be in a school.

More Anime recommendations if you loved The God of High School: