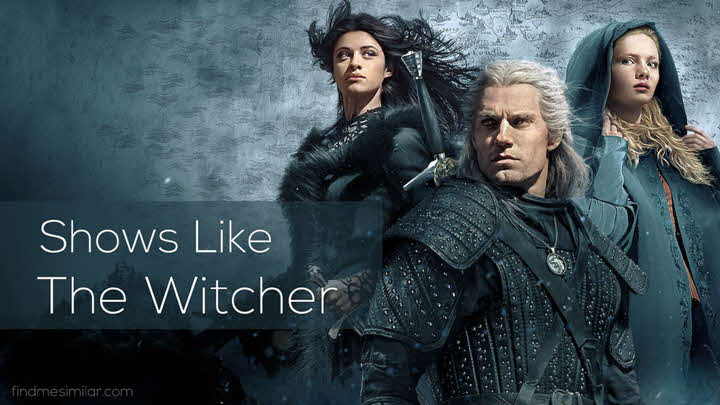 The Witcher series is based on the successful novels of well-known Polish writer Andrzej Sapkowski that were later made even more popular when they were adopted into a video game that spawned two sequels.

The first eight chapters of The Witcher use stories from the books The Last Wish and The Sword of Destiny from the saga created by Sapkowski. In this way, the narrative will introduce us to the story’s three characters: the wizard, Geralt de Rivia; the sorceress, Yennefer; and the young princess Ciri.

If you’re a complete devotee of The Witcher’s universe, you’ll surely enjoy the aesthetics and familiarity of the characters from episode one. You’ll even have no trouble understanding the non-serial time sequence with which the story is being told, where from one scene to another we switch to different points on the timeline.

If you loved the series and want more shows like the Witcher, here is a great list where you’ll find shows with the same medieval tone, with magic, fights, heroism and treachery.

Best TV Shows and Web series Similar to The Witcher:

In a fantastic world and in a medieval context, several families, related to nobility, compete for power to dominate the fictitious territory of Westeros and take control of the Seven Kingdoms from the Iron Throne, where the king exercises power.

While a civil war takes place to gain power, behind the Wall that divides the kingdom of Westeros and the northern zone, the dead threaten to fight the living. Meanwhile, Daenerys Targaryen, the daughter of the former king, seeks to return to Westeros to claim her place and to avenge the deaths of her ancestors in the previous civil war.

The series revolves around the life of the renowned warrior Ragnar Lodbrok, a Viking king whose existence is not proven, but who is said to have lived during the 9th century in Northern Europe.

Despite all the stories and myths that exist about him, no one knows much about his life, and that is why this series takes all possible theories and brings them together to make way for a more than elaborate story about what could have been of this man.

From the very first episode we enter a society completely different from any other in the world, with its own hierarchy, traditions, rituals, clothing, customs… Ragnar dreams of sailing west, and discover new land for his people to farm.

We follow his journey and learn more about these fascinating people that the Vikings were. When looking for shows like The Witcher, this is an absolute must-see.

An action packed western set in the Star Wars universe, The Mandalorian introduces us to both new and familiar characters and races to set up a story that is much more than just about a bounty hunter. We follow the footsteps of Mando as he goes from regular thug working for contracts, almost devoid of emotion, to something much more.

The setting, the costumes and the stories are great for both die hard Star Wars fans and complete newcomers to the Star Wars universe. The music, the direction, the stories and certain characters will make you coming back for more.

If you want show similar to The Witcher but set in a different yet similar universe, the Mandalorian is for you.

What exactly is this about? It’s set in real England in the 9th century, when the territory was divided into seven kingdoms. That sounds familiar, doesn’t it?

The Last Kingdom is based on the true historical events that narrate the clash of these communities against the Vikings, with the kingdom of Wessex, of Alfred the Great, as the only bastion standing against the northern hordes.

This is a great show to watch if you like The Witcher, Game of Thrones or Vikings. All of these should be right up your alley!

Carnival Row has its great strength in the exploration of all layers of Burgo society: a large Dickensian city (that “was the best of times, was the worst of times”) in which humans live with all kinds of magical creatures, usually refugees and no longer low class but disinherited.

It is shown, from the first moment, as a political, social and criminal drama. In a puzzle that usually works on paper, we see large and very important rival families; a young woman desperate not to lose the legacy (and social status) of her home; racism in all areas of society; police brutality; criminal gangs and other factions who do not hesitate to kill each other–it is a drama of underdogs and ambitions.

More TV, Netflix and Amazon Prime shows to watch if you liked ‘The Witcher’: