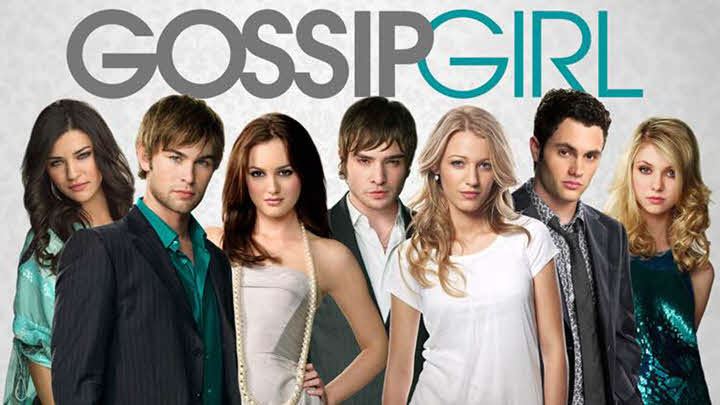 The story begins with the rivalry between Serena and Blair, who dispute their role in the Gossip Girl bubble world. Blair is the girl everyone copies, criticizes and envies at school since her close friend, Serena, left town, but when Serena returns to school, Blair sees her leadership falter.

Not only that, but she’s afraid of losing the love of her boyfriend, handsome Nate. They’re young, they wear the best brands, and they have everything you can get for money. So is the circle of friends of Serena, who just returned to New York after being expelled from a boarding school in Europe.

Accustomed to being admired and envied by everyone, Serena will have to face the fact that things are no longer as they were when she left…Shows like Gossip Girl also have a cast of teenagers where we follow their daily lives, their love lives, their friendships, rivalries and desires.

Alison DiLaurentis has everything a girl could want: beautiful blonde hair, a heart-shaped face, beautiful blue eyes, a heart-stopping body, and the best and most expensive things a teenager could want. Her former friends, Aria Montgomery, Hanna Marin, Spencer Hastings and Emily Fields have distanced themselves, but like all friends, they keep secrets.

But everything changes when she starts school again. The girls meet again and each one gets messages from an “A”, telling them things only one person knew, and that person is Alison.

When they thought that everything was a joke, they start receiving more anonymous messages from “A”, telling them the secrets that they keep in the present and letting them know that he is watching you, watching everything you do, and not only that, but that he is here and he is not going to stop until he gets revenge. A great choice if you want more shows like Gossip Girl.

The death of young Jason Blossom clouds the ever-so-peaceful town of Riverdale with a halo of mystery, spreading and causing various upheavals in the status-quo of the region’s most emblematic families.

However, the tragic incident runs parallel to an unstoppable hormonal storm among the local teenagers: Archie, Veronica, Betty and Jughead, will be the protagonists of a coming of age story that moves away from characteristic American TV clichés tired of angry romances.

A very appropriate follow-up if you’re looking for shows like Gossip girl.

The series “Beverly Hills 90210” captured the attention of audiences for 10 years by portraying the typical problems of teenagers through a group of young people living in a wealthy area of California.

Sexuality, virginity, promiscuity, love, relationships and drug addiction were some of the themes explored through the characters. The project was so successful that it is still considered a benchmark for youth series, marking a whole era and even echoing the fashion of this decade.

So if you’re in the mood for other shows like Gossip Girl, it would be a good idea to check what many consider the original teen drama.

The Life of the Rich and Famous: TV in the first decade of the 21st century was totally obsessed with the lifestyle of the upper classes. The series was filled with wealthy people, socialites and the sons of tycoons, and the viewer was caught up in the luxury and decadence of their exciting lives.

The O.C. built a bridge between these untouchable members of great dynasties and the middle class. The families that starred in the series had a lot of money, and you could tell, but their lives were perceived as attainable dreams. Mansion houses with pool houses, endless porches and huge halls to hold parties of over 100 guests.

Who said that one day we could not have all that? The characters are more than your usual teenagers, they are smart, the are intricate and they come from different social statuses. A great show to enjoy for fans of shows like Gossip Girl!

Discover all the secrets of the Sex and the City protagonist, the unforgettable and always exceptional Carrie Bradshaw. At sixteen, life is like a roller coaster. And if you don’t ask Carrie Bradshaw. Problems at home, fights with friends, disappointments in love, but also butterflies in the stomach, dreams to be fulfilled and uncontrolled laughter.

With less than a year to go to college, Carrie is still trying to understand the world she lives in, but one thing is already clear to her: she wants to become a great writer. However, the unexpected rejection of her application to attend a prestigious writing course at the New School has left her devastated.

What if she lacks the talent to devote herself to literature? What if she fails to find her place in the world? If you love shows like Gossip Girl, then the Carrie Diaries will surely keep you entertained.