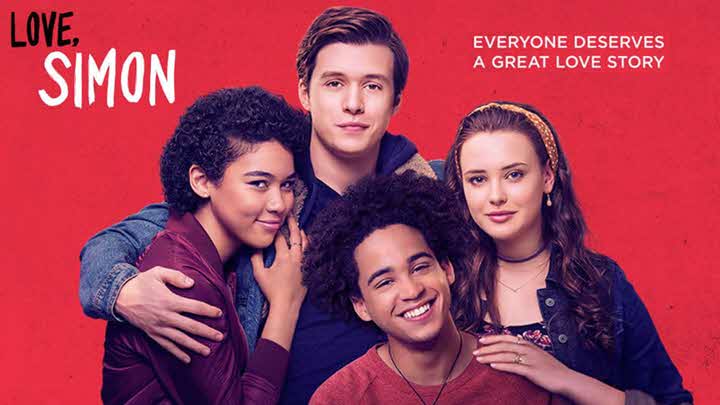 Simon is a young student who has friends with whom he shares his time and a family that loves him very much. But Simon hides a secret he is not ready to share with everyone: he is gay. One day through a message on a school website he meets another boy in the same situation as him and decides to get in touch.

Both will maintain a long-distance relationship using only their pseudonyms, until someone starts to blackmail Simon and everything that Simon has feared so much may come to light. Will he cave to the blackmailer?

This is a story about normalizing a reality where although much progress has been made there is still a long way to go. Movies like Love, Simon follow similar storyline and messages, looking to tackle some subjects that may still be considered taboo to this day.

The story begins with Elio, a boy already used to giving up his room to foreign students who every summer arrive at his family’s villa in Italy, so they were used to receiving new people.

However, one day a man arrives from the other side of the world and Elio finds himself in trouble, as he begins to feel strange things he shouldn’t. It is a story full of sensuality and more than that, a beautiful love story.

Throughout the movie we get to know Elio and how he experiments with sexuality until he finds his true self all of his insecurities and his thoughts, something that makes us get closer to the character and feel empathy for him. For people looking for movies like Love, Simon this is absolutely the perfect follow-up.

Also Recommend: Movies Like Call Me By Your Name

Megan is an American girl, she is a cheerleader, she is the girlfriend of the football captain. Everything that a popular girl in high school could dream of, but she has a problem. She does not like to kiss with her boyfriend nor to have much physical contact with him.

However, she loves to embrace her friends and to be excessively affectionate with them. Besides, in her locker she only has pictures of girls and this arouses doubts and rumors about her sexual orientation.

Her parents and friends come to the conclusion that she must be homosexual and decide to send her to a “sexual reorientation” camp where she learns to follow the straight path expected of a girl like her. Will the camp succeed in turning Megan straight or will she end up succumbing to the charms of her beautiful companion Graham?

This movie about the American school environment that is very entertaining. We all know what these movies are usually about, but surprisingly, this one unlike the others, breaks with typical American ideas and doesn’t focus on the same old sexual themes.

When students discover they have different sexual orientations they form a “Geography Club” as a cover for a way to get together and freely discuss their identities.

There are no bad performances and the script and development are very entertaining. And to top it all the ending is not quite what you would expect from a movie of this nature. Highly recommended if you’re into movies like Love, Simon.

Chance Marquis, an eccentric teenager who lives surrounded by his circle of friends, freaks like him, is trying to get into high school, while trying to escape the bullying he suffers for being gay.

A movie about tolerance and acceptance, the main character takes us by the hand and shows us what it’s like to not be accepted for who you are. In the end, we are left more educated and more sympathetic to his circumstances.

A fun, intelligent and touching youthful film that, while not revolutionizing the well-known formula of the coming of age stories, gives it a fresh twist thanks to the incredible performance of its protagonist.

Nadine’s life and her family changed dramatically a couple of years ago following a tragic event, and since then things have not been the same. The young woman lives in a constant state of depression and anxiety, and to top it all off, things get even more complicated when Krista, her best friend, decides to start a relationship with her brother, and Nick, the guy she likes, just ignores her.

So Nadine begins a long journey of self-discovery that will lead her to find companionship in her classroom teacher, the only person with whom she can be authentic and share her teenage woes.

Films you may like if you enjoyed ‘Love, Simon’: