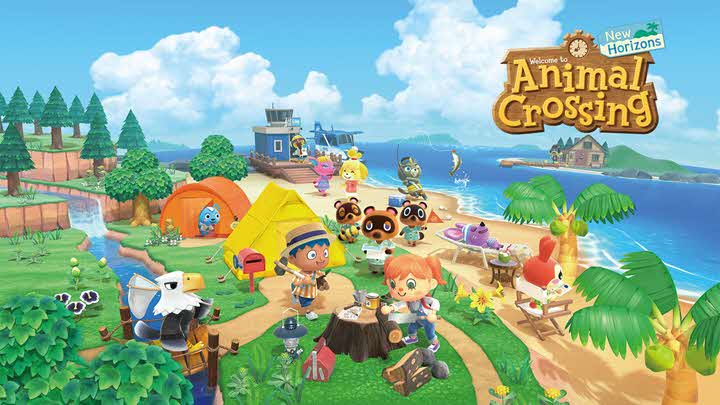 The idea is that your character (one that you design yourself), arrives on a tropical island inhabited by animals that talk to you and interact with you, as well as little bugs that you encounter throughout the adventure.

The joke is on you to take the time to customize your character, your house, the space you occupy (if you want to) or simply wander around the island collecting miles that you can later trade with Tom Nook, a sort of leader in this adventure, for different things that help you explore more sections of your new home.

The game is more of an experience that simulates a life apart from the one you lead in the real world. It’s like a kind of therapy where you get away from everything to do whatever you want on the island, from picking fruit to collecting items that you can use, sell or trade among the few NPCs who share the space with you. Games like Animal Crossing are fun little RPG simulations where you can build, farm, explore and have lots of fun!

My Time at Portia

The house we arrived at in Portia is a charming cabin located outside the village walls where the father of the protagonist had a construction workshop.But far from being abandoned the village is a charming fairytale place, located on the side of a mountain, with prosperous establishments and, in general, welcoming inhabitants.

The building guild is quite strong in the village and so we entered a battle to be the best in competition with other workshops. Everything has to be done and we have to start collecting wood and stone until we have a pickaxe and an axe, a sword to kill enemies… Great fun and a perfect way to spend time if you want more games like Animal Crossing.

Available on: PC, Switch, PS4 and Xbox One

As a gambler, in Stardew Valley you have inherited Grandpa’s old farm. Now, armed with the tools of farming, you’re about to start a new life. Are you able to make the most of the land and build a prosperous home?

It’s not an easy task in a role-playing adventure like Stardew Valley, the times are not conducive to the rural world but perhaps you can bring glory back to the place with extensive farming and livestock options, the ability to improve your skills, exploration options, creation of every aspect of the character and his home, and even community relations features – including the possibility of marriage. A comprehensive simulation of life in a farming village, you can do pretty much everything. This game will consume your time but you’ll be happy for the experience.

Available on: PC, Switch, PS4, Xbox One, Android and iOS

The story of the game is very simple, we are an animal (cat, rabbit, bear) that has inherited from his grandparents a farm since they went on a trip around the world. In the game we will have to take care of the farm, collecting and growing plants, as well as taking care of the animals that you raise.

There is also action in this game, since there are dungeons full of dark creatures that we will have to free to get the loot. We can also explore the world as it is vast and we can help other characters who will give us missions. A small twist on the gardening RPG genre, with you playing an animal this time around. Very nice addition to the games like Animal Crossing list.

The story behind Harvest Moon: Light of Hope is really simple. As farmers, we take over a ruined farmhouse to try and restore it to its former glory. And not only that, since it is also necessary to restore a lighthouse and ultimately rehabilitate the lost health of a small town called Beacon Town.

To that end, it’s up to you to start with our farm, and you’ll need to take on a wide range of tasks as you go along. To begin with, one of our main functions is to work the land. And not only those that are delimited within our land, but also other areas that we can access such as forests or valleys.

Castaway Paradise is a lot like Animal Crossing. That doesn’t take away from the fact that its charm still remains, but even if you’re not familiar with the Nintendo title, you’ll still have some doubts about it and know that you’ve seen it somewhere before. But as we said, this title makes up for the lack of such titles on our system and makes it an equally addictive alternative on platforms other than Nintendo.

On the island, we’ll be able to do everything to try and improve our stay there. We’ll start with a small tent and the kindness of our neighbors and we can end up with a big house and even be investors in the stock market! There are practically no limits to the activities we can do on the island.

Available on: PC, Xbox One, PS4, iOS and Android

More games you may enjoy if you liked Animal Crossing: