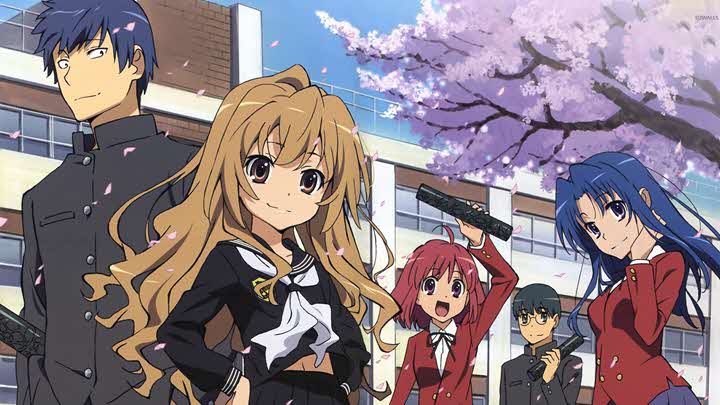 This series is an adaptation of the light novels written by Yuyuko Takemiya, also known for her later work as a writer for Golden Time, which was also later adapted into Anime. The story is simple yet powerful: Ryuuji Takasu is a student who looks threatening but is actually very kind, hardworking and obsessed with order and cleanliness.

As he begins a new school year he ends up in the same class as Taiga, a small and delicate looking girl. After their first encounter she ends up slapping him, proving to be a wild and unpredictable girl. After a misunderstanding, Taiga and Ryuuji end up confessing that they both like each other’s best friend, so they agree to help each other achieve a relationship with them.

The protagonists will have the opportunity to spend a lot of time together, getting closer as they get to know each other. Compared to other anime, this is special in that it doesn’t focus on supernatural abilities, monsters or life or death.

This is a simple yet captivating love story that is based around well written characters that evolve as the series progresses. Anime like Toradora are similar in tone and topic, focusing on relationships, comedy and character development.

The story tells the life of two students, Risa and Otani. They’re the class comedy duo, even the teachers call them All Hanshin Kyojin. And all because of their height: Risa is a very tall girl and Otani is a short boy, that’s why they are so striking.

Because of that, at first they don’t get along very well, but little by little they discover that they have many things in common and that they are both very equal. But they will have a hard time realizing it, as they fall in love with different people, going on love triangles and having to figure out what they really feel for one another.

A very nice follow-up for anyone interested in anime like Toradora, the premise is quite similar, and the characters just as charming. 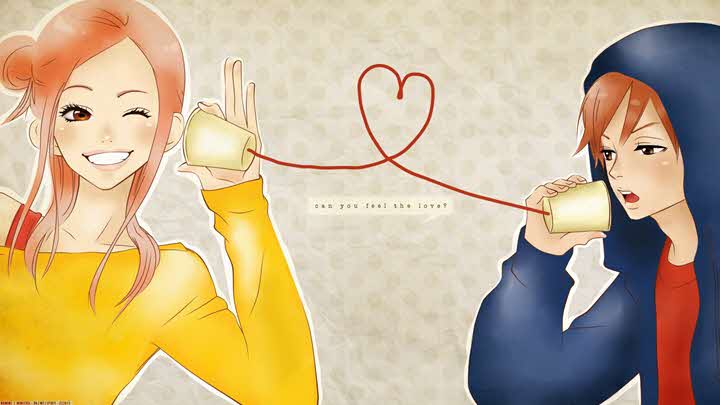 2. My Little Monster! (Tonari no Kaibutsu-kun)

In this story we have Shizuku Mizutani a girl who just wants to focus on getting good grades and studying, on the other hand we have Yoshida Haru who is the type who causes problems and misses classes.

One day Shizuku is asked to take the class homework to Haru.This confuses Haru a little because he starts to think that she wants to be his friend. Shizuku has a wrong idea of who he is and because of some things that happened, she discovers that he is not a bad person and is only misunderstood by others.

She becomes a little nicer because of this fact, which makes Haru fall in love with her and confess to her, although Shizuku still does not know if she should reciprocate. Another nice story with love and comedy between two students which is just what you should want in anime similar to Toradora. 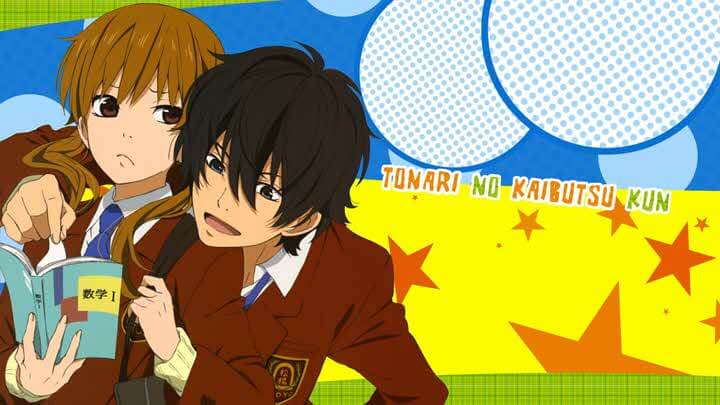 Tada Banri, a new student at a private law school in Tokyo, found himself lost after the welcome ceremony. At that time, he found another new student, Mitsuo Yanagisawa, also missing. Then a beautiful girl with a bouquet of roses appeared in front of them, hitting Mitsuo in the face with the bouquet.

The perfect, well-dressed, elegant woman who had beaten Mitsuo was her childhood friend, Koko Kaga. As children they had promised each other to marry one day. To escape her, Mitsuo took the exam to enter this private university in secret, but she unexpectedly appeared there with a bouquet of roses.

You might feel like you know how this story will go, but it does have some unexpected twists, and overall you’ll be happy to have went along with it. 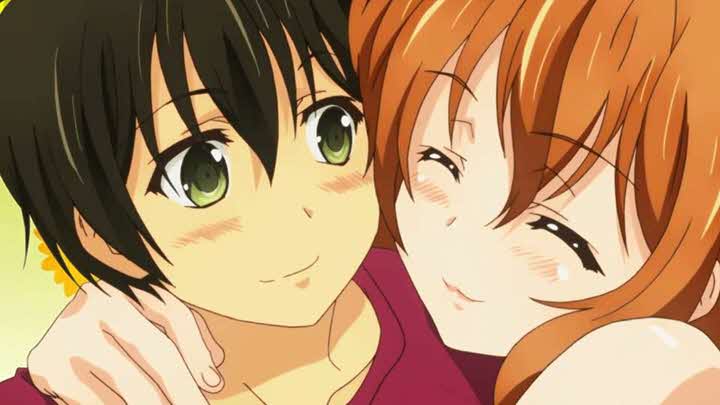 Sawako Kuronuma, named Sadako by her colleagues because of her resemblance to the character in Ringu, has always been misunderstood and feared for her appearance. There are rumors that Sawako can see ghosts and is a curse on people.

But when her idol, the popular Kazehaya boy, starts talking to her, everything changes. She finds herself in a new world, trying to make friends and talk to different people and cannot thank Kazehaya enough for giving her these opportunities.

Slowly but surely, a sweet love blossoms between the two of them, as it will overcome any circumstances and obstacles along the way. A great watch for fans of Toradora. 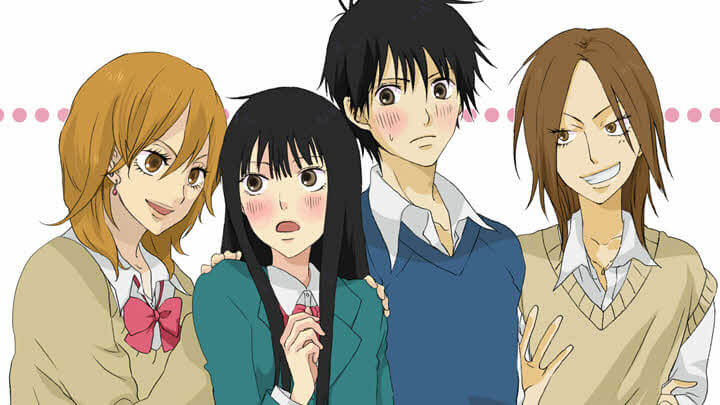 Misaki Ayuzawa is one of the few women at the Seika boys’ high school who recently converted to a co-educational school. Because of this, she becomes the president of the council to give her friends security and confidence.

However, after being elected, she earns a bad reputation among the boys because of her rudeness and fierceness in dealing with them. What people don’t know about our protagonist is that due to the poverty of her family,  she works secretly and part-time in a Maid Caffe.

Fate will want the most popular boy in the school, Usui Takumi, to discover her and take an interest in her and her pretty uniform, which will trigger comical and interesting situations. Yet another great choice if you are looking for more anime like Toradora – fun, captivating and interesting. 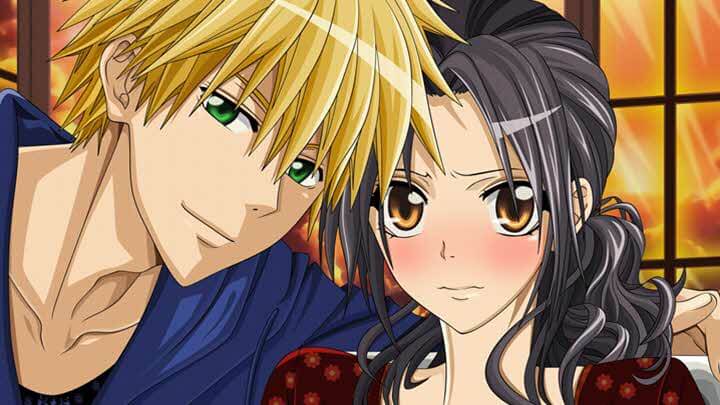