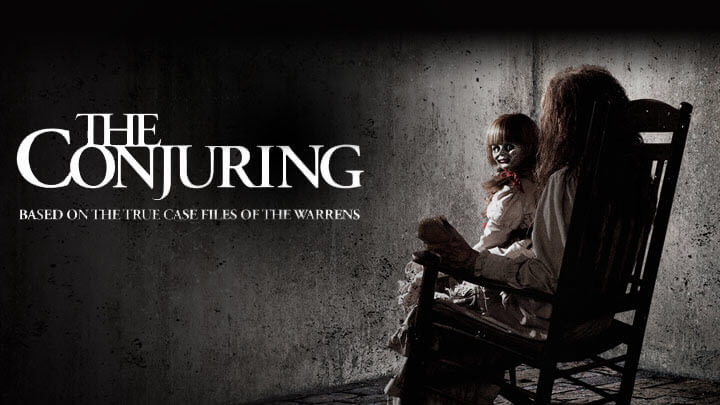 The Conjuring is a horror film, but it is also an exercise in style and an evocation of the films of the same genre made more than two decades ago. It’s a terror that cuts to the bone, and the most beautiful thing, ironically and from a cinematic point of view, about this genre is that it doesn’t resort to extreme violence or the rivers of blood that usually accompany these productions.

James Wan has a fine, magical touch to turn your world upside down, keep you on the edge of your seat and disturb your thoughts for a while. A family begins to experience a series of supernatural events that force them to seek help from a partner who is dedicated to investigating these types of cases.

Movies like The Conjuring are stylish, chilling and really scary horror films that are well made, have good cinematography and captivating plots.

The Lambert couple have just moved into a large new house with their three young children, and soon a fatal event occurs that leaves one of the children in a special state of consciousness known as astral travel or astral splitting. From that moment on the family will have no peace.

From the first few minutes of the film, the plot is filled with all sorts of themes that are in keeping with the genre and make this moderate-budget film an entertaining version of these scripts inspired by ghosts and scary demons.

The main characters, Patrick Wilson, Rose Byner and Ty Simpkins, are responsible for keeping viewers on their toes with their performances. Another movie by James Wan and an obvious choice if you’re in the mood for movies like The Conjuring.

Ellison is a well-known writer of books about real crimes who remains obsessed with repeating the success of his first book.

This obsession makes him focus on the investigation of the murder of a family in strange circumstances and he does not hesitate for a moment to move his wife and children to the same house where such terrible events happened.

Soon, the investigation will lead him to link these crimes with other similar ones. The conclusions and certainties that he will reach will affect him in such a personal way that, beyond one point, he will not be able to escape them.

Hereditary is a visually stunning film that recognizes its influences in the genre, and that it wants to achieve something remarkable with them.

This film will leave many confused: it is a proposal that mixes genres, that is patient and that is not, at all, the high impact horror film that was expected.

The Conjuring brought many people to the theaters and that same basis was expected in the cinema once the film Annabelle was announced, the terrifying doll that appears in isolation in the first film and whose true and disturbing existence was hard to forget.

Annabelle operates as a kind of prequel and even takes us back to the previous owners of the possessed doll, to the owners before it came into the hands of the student Dona and her roommate. The film is set in 1969, when the couple Jon and Mia are expecting their first baby.

One of Mia’s hobbies is collecting classic plastic dolls, and Annabelle comes along. From that moment on, many things begin to happen in that home. As a prequel, this is naturally something fans of movies like The Conjuring will want to see.

The film tells the story of a woman, who desperately tries to exonerate her brother, who has been accused of committing a murder and sent to prison.

The woman, however, does not doubt her brother’s innocence, and tries hard to prove that he is not guilty of anything, but that the murder was carried out by a paranormal phenomenon. A final quality entry on this list, this has a unique twist and will surely satisfy fans of movies similar to The Conjuring.

More film recommendations if you enjoyed The Conjuring: