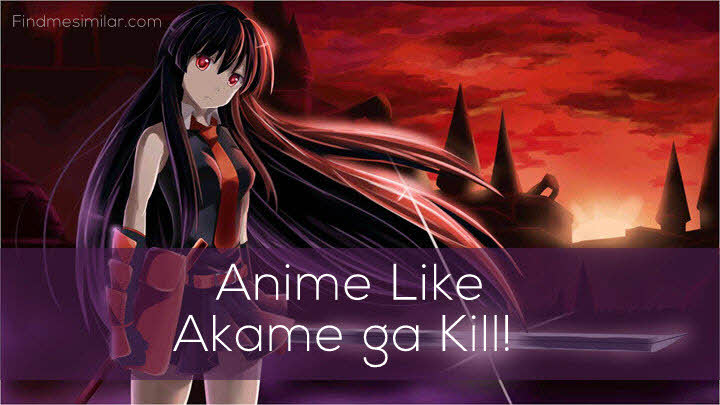 Akame ga Kill! is a Japanese anime series that follows the story of Tatsumi. Tatsumi is a young and naïve villager who sets out on a journey to the capital along with his friends to enroll in army and raise money so that he may support his poor village. However he and his friends are separated on their way to capital due to a bandit attack. After reaching capital Tatsumi gets tricked by an women and looses all his money.

With no money and a place to stay he sleeps on the streets. On the same night when a rich family sees him sleeping on street takes him to her home and promises him a job in the Army. When a group of deadly assassins known as the Night Raid attack the lady’s house Tatsumi learns about the dark side of the nobles and corruption in the capital.

He joins the Night Raid and must now fight against the Empire, powerful Imperial arm users and enemy assassins. The anime deals with themes such as death, powerful enemies with dark and gritty themes. If you are looking for more anime like Akame ga Kill that deals with dark and gritty themes, then check out our list of similar anime recommendation.

The Seven Deadly Sins are once powerful band of knights in the region of Britannia. They were defeated by Holy Knights and were disbanded for the attempt of plotting a coup against the Liones Kingdom.

Ten years later the Holy Knights stages a successful coup d’etat against the Liones Kingdom. The third Princess, Elizabeth Liones, must now search for the Seven Deadly Sins to clear their names and enlist them in a battle to liberate her kingdom from the Holy Knights. Both Seven Deadly Sins and Akame ga Kill are set in a medieval fantasy world with a lot of similarities.

The group of protagonist’s in both anime are portrayed negatively and have powerful characters each with a unique personality and they all fight against a tyrannical empire. This makes the seven deadly sins is a must watch anime if you are looking for something similar. 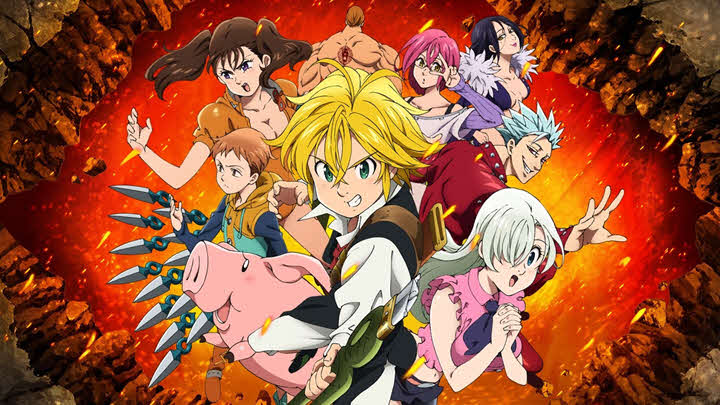 2. Attack on Titan (Shingeki no Kyojin)

Attack on Titan is an anime set in a fantasy world where the humans are not in the top of food chain any more. They are now replaced by giant man eating humanoids that roam freely around. The last of mankind is now living peacefully inside the enormous walls for more than a 100 years.

However a colossal giant suddenly appears out of nowhere and destroys the outer wall allowing a large number small titans to wreak havoc in the city. When Eren Yeager sees his mother being eaten alive by one of the titan he wows to kill every titan and joins the Scout Regiment with his friends to fulfill his dream.

The characters in both the anime live in a harsh surroundings and one shouldn’t get too attached to a character in both the anime as you don’t know who’s going to die in the next minute. Attack on Titan contains high doses of action with a lot of deaths and tragedy making it a similar anime like Akame ga Kill. 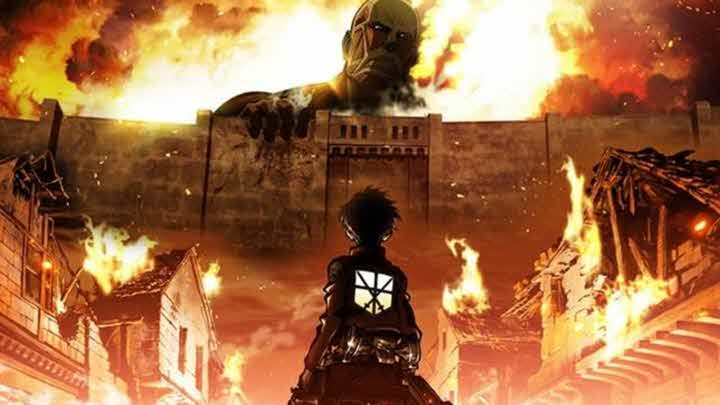 Tokyo Ghoul is a supernatural dark fantasy anime based on Sui Ishida’s best selling manga with the same name. Set in an alternate reality Tokyo the series follows Kaneki Ken, a shy college student and avid reader who encounters Rize in the cafe he visits regularly. Rize too is an book lover like Kaneki and they both go on a date.

She attacks him and reveals that she is a ghoul – a creature that can only survive by eating humans. He barely survives the ordeal and is quickly taken to a hospital. After recovering, he realizes that he has transformed into a half ghoul as the doctors used some organs from Rize to save him.

He is now torn between the human and ghoul worlds and must soon learn to survive with his new reality. If you are looking for a dark supernatural anime like Akame ga Kill with mystery, horror and gore you should watch Tokyo Ghoul. 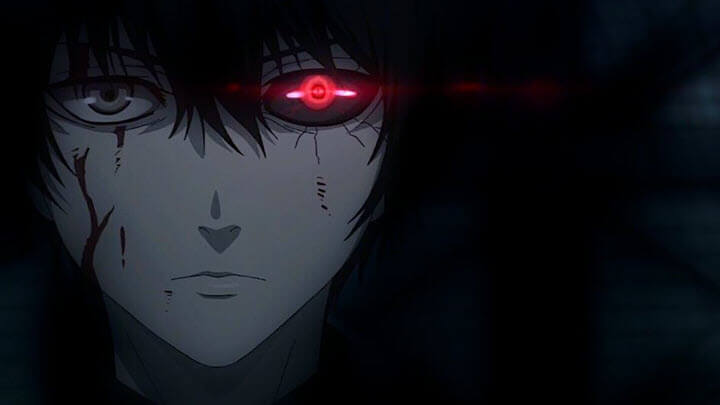 Yukiteru Amano is a shy loner high school student who spends his time by writing his daily activities in his cell phone dairy. He has only one imaginative friend named Deus Ex Machina. Yukiteru’s life completely changes when his dairy starts showing the entries from future and he learns that Deus is an actual entity and that too a god of time and space.

As Deus is dying and wants to choose his successor, he pulls 12 members into a death game each of them given with a dairy that can depict future in different ways. To survive this death match Yukiteru teams up with Yuno Gasai another powerful dairy user who is very obsessive about him.

Both the anime here revolves about assassination with each character having their own back story and reason to kill others and achieve their goals. 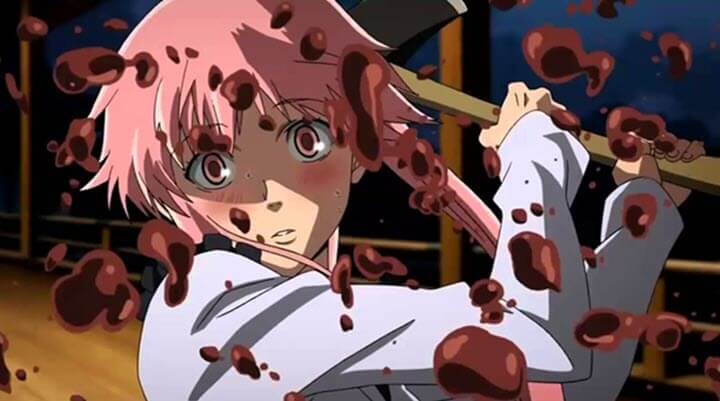 Set in mid 1990’s the series follows a group of pirates known as Lagoon Company who are hired for all sorts of illegal activities. Rokurou Okajima an normal Japanese businessman was kidnapped by members from Lagoon Company and taken as a hostage in their ship, the “Black Lagoon” to be used as a bargaining chip for ransom.

During his stay in the ship he bonds well with his captors and when he learns that he has been abandoned by his previous company and been declared dead he joins the mercenary group as their new member.

Both Black Lagoon and Akame ga Kill has a lot of similarities such as an innocent person joining a gang of notorious killers who have to survive each day in the world full of corrupted people, violence and outlaws. 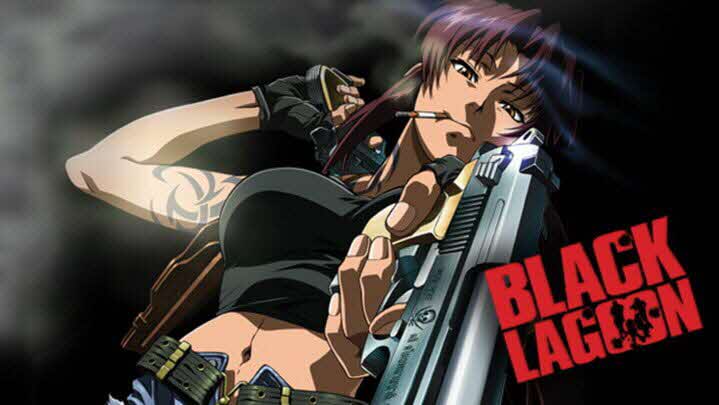