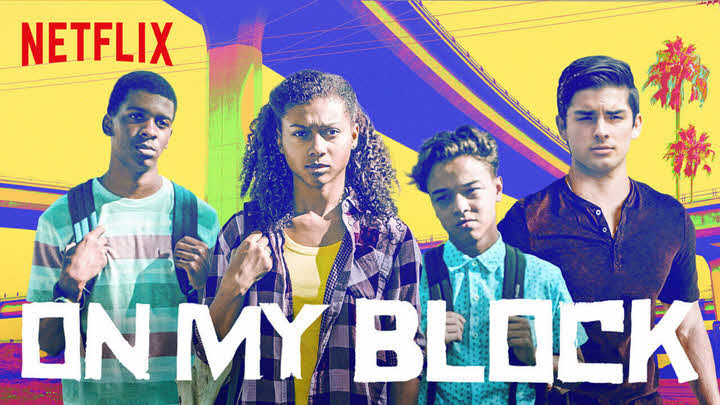 The series follows Monse, Ruby, Cesar and Jamal, four friends from childhood who are preparing for a big change: the first year of high school. They are joined after a few episodes by Olivia, who is forced to move to her aunt and uncle’s house for family reasons.

Shows like On My Block follow similar settings, usually in high school or college where the protagonists have to navigate everyday issues and drama, with a touch of comedy always present. If you think we missed any similar series like On My Block that should be on this list, then don’t forget to mention them in comments below.

Best TV Shows and Web Series Similar to On My Block:

Otis is a young man whose mother is a sex therapist, and he, despite being a virgin, knows quite a bit about it because of her. One of his friends, Maeve, encourages him to set up a kind of sex clinic at school, and between the two friends, they make sex therapists of everyone who makes an appointment with them.

The synopsis is original, to say the least. And, of course, very current. I think that dealing with the sexual subject without taboos is a great success, even more so in this day and age.

This is the story of Sam – a young man with autism, and although he is quite intelligent and has already learned to control his autism and find a healthy way to interact with others, this condition prevents him from living a normal life.

One day he decides he wants to have a girlfriend, to experience that part of his life that he had missed. This will be very difficult to understand, especially for his mother who is convinced that her son can’t have a normal life. But Sam manages to follow through with his plan when he realizes that he is in love with Julia Sasaki his therapist.

Atypical is just that, a nice comedy that also tackles and important real life condition, making this a great alternative for people looking for shows like On My Block.

Adolescence is a hard time, a time of change, of beginning to see the world differently, of becoming aware of oneself and others. You have a good time and you have a bad time. The protagonists of Everything Sucks know this well.

Everything Sucks! is actually the story of a group of misfits who, in their high school years, spend some of their free time making television shows and plays and at one point end up joining forces to make a film. It is against this backdrop that the two main characters, Luke and Kate, move around. He is in love with her.

But she has more interest in magazines with naked women than boys. The series shows with simplicity and tenderness, the emotional ups and downs and the existential doubts of these young people and their group of friends.

At an American high school, a Spanish teacher named Will Schuester, frustrated by the unfulfilled dream of becoming a successful star, decides to take back the old Glee Club, a small association of students who enjoy singing and dancing, and lead them to success in state competitions.

This way, characters as different as the captain of the football team, Finn, his girlfriend Quinn, a very ambitious young woman named Rachel or a very effeminate boy, Kurt Hummel, will join forces.

Together they will overcome the taunts of their peers, who do not understand the purpose of the club and associate it with the social outcasts, and the little support from the school, represented at best by the head cheerleader, the evil Sue Sylvester.

This is a science fiction series inspired by the Israeli original The Greenhouse. The plot revolves around Hayley and Alex, two teenage brothers who enter a boarding school for elite students.

The school has two academic groups that must compete to be crowned school champions. On their journey they will face challenges of all kinds, from rivalry to love… they will even have to deal with a mysterious plan to destroy the world.

This has all the ingredients of On My Block with a little science fiction twist. You’ll love it!

More TV and Web Series recommendations for On My Block: