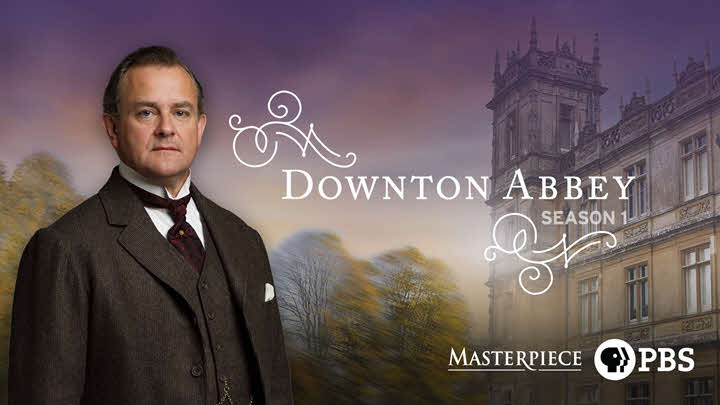 The series begins two years before the First World War, in 1912, with the sinking of the most famous ship in history, the Titanic. In this tragedy, the future heir to the title dies, with a middle-class lawyer named Matthew (Dan Stevens), who is only a distant cousin of the Count, becoming the new heir. This news will completely revolutionize the Crawley family plans.

Downton Abbey is one of the best series of recent times, built around four main pillars: very careful and credible performances by all actors and actresses, an admirable character construction, concise, realistic and truly addictive plots and scripts, and a truly spectacular setting of the time, with a love for detail that is certainly remarkable.

Famous series that follows the life of the family and the servants at 165 Eaton Place, from 1903 to 1930. Upstairs we have Lady Marjorie, daughter of a former Prime Minister, and her husband Richard Bellamy, an honest politician but dependent on money and the influence of his wife’s family.

They live here with their children James and Elizabeth. Downstairs are the servants’ quarters: the butler, the cook, the footmen, the maids, the kitchen helpers. It is the time of the struggle for the female vote, the First World War, the crash of the New York Stock Exchange in 1929, events that affect both the aristocratic owners of the house and the last of the servants.

Victoria is a historical television drama series based on the life of young Queen Victoria of England and follows in her footsteps as she was forced from an early age to accept her responsibilities as queen, even as a “rebellious teenager”, until she established herself as a monarch whose reign was characterized by scandal and sleaze. This series takes a deep look at the young Victoria and how she develops into the strong queen that she did.

If you’re looking for shows like Downton Abbey to discover other shows with strong, well written characters, the Victoria is exactly what you are looking for.

Ross Poldark returns to England after fighting in the American Revolution. His family and friends thought he was dead. The woman he hoped to marry is now engaged to his cousin. His father is dead, and the property he has inherited has begun to deteriorate.

It’s the late 1700s in Cornwall, England – and everything is about to change. Greatly written characters, development and plot points.

The story takes place during 1945 and tells the life of a war nurse Clare played by Caitriona Balfe who spends her holidays in Scotland with her husband Frank. She is visiting alone a place considered sacred, formed by a group of rocks arranged in a circle; she hears a buzzing and feels a vibration coming from a rock.

When she touches it she travels in time until 1743; a time totally unknown to her where she is involved in several events that put her in danger. The only way to protect her is if she marries Jamie, a young Scottish man with a gallant and charming physique who has cared for her since he met her.

Father Brown is one of those unforgettable characters, a kind man with a completely anodyne appearance, unattractive and always with a big umbrella and a brown paper package, but who knows first-hand about evil from his experience as a confessor and is therefore able to unravel a series of mysteries that at first sight seem unsolvable, with a surprising deductive capacity based on his deep knowledge of human nature.

These stories, besides being very entertaining and enjoyable for their touch of mystery, contain an interesting portrait of the society of the time, all seasoned with that point of acidic British humor.