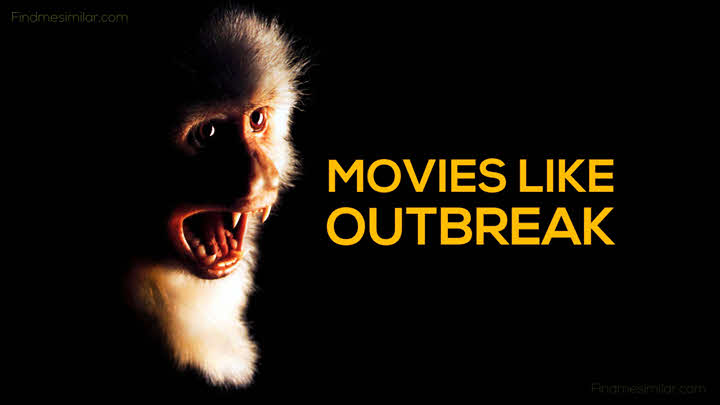 Outbreak is the typical movie you love even if you say you hate it. Either because the subject is hard to believe or because it’s too Hollywood in its outcome. It is about an epidemic in a town in the U.S, something like Ebola but multiplied by 100% in a way that kills.

The virus has been “hunted” and eradicated in Africa years ago, and the officials in charge of the eradication are the ones who will hinder their counterparts and the protagonists of the film: some scientists from institutes that treat contagious diseases.

The virus reaches the US because of a monkey, and humans start to get infected. Both horrifying and fascinating, this movie is a look at what happens when a deadly pandemic catches the world by surprise.

Movies like Outbreak include diseases, or unprecedented developments that have humanity or a group of people fighting to survive in uncharted territory. If you think we missed any similar title that should be on this list, then don’t forget to mention them in comments below.

It tells the story of the rapid progress of a deadly airborne virus that kills within days. As the epidemic grows, the global medical community is fighting against time to find a cure and control the panic, which is spreading even faster than the virus itself.

At the same time, people are struggling to survive in a crumbling society. A scary, chilling and eye opening experience that will keep you guessing all the way through. A great follow-up for anyone looking for movies like Outbreak.

Britain is not what it used to be. Yes, they are still driving on the left and it is still raining cats and dogs, but the Reaper virus has ended the lives of millions of people, who were isolated years ago to prevent its spread.

A new outbreak of the virus appears in London, but it seems that survivors have been detected in the isolated areas and an elite corps is being sent to investigate.

A deadly virus is beginning to spread in a district of approximately 500,000 people just 19 kilometers from the Korean capital, Seoul. The government and emergency rooms begin to collapse when half the population begins to show symptoms.

They are quickly forced to isolate the city, and then chaos begins to reign, as a doctor and a rescue worker join forces to protect her daughter. Another very strong film like Outbreak you shouldn’t miss.

A journalist and her camera make a live documentary about the day-to-day life of a firefighter’s crew. As they accompany them on one of their nightly outings, what seemed to be a routine rescue intervention is about to become a veritable inferno.

Trapped inside a building, the firefighting couple and the television crew will have to face an unknown and lethal horror. Something sinister and evil that is spreading out of control. A remake of a Spanish movie from 2007, this is a great watch if you’re looking for movies similar to Outbreak.

David Dutton is the sheriff of the small and placid town of Ogden Marsh, a perfect example of the American suburb. They all know each other forming a seemingly happy and loving community. At one point, however, things get out of control, and the little Eden settlement breaks down.

One by one, the residents of Ogden Marsh begin to develop deviant, aggressive behaviors. In short, they are hit with madness and become manic killers, their ill behavior being caused by a toxin released in the town’s drinking water.

The sheriff, along with his pregnant wife and two other uninfected persons, is forced to fight against human beasts in order to survive and escape from a quarantined city.