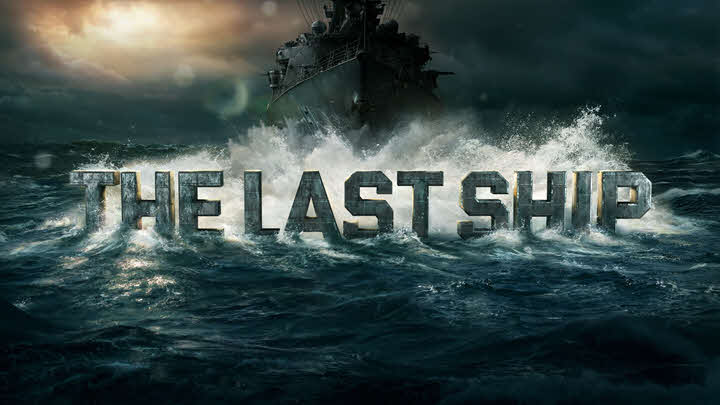 A deadly new virus begins to take the lives of several humans when Dr. Rachel Scott believes she has discovered the key to eradicating it from the Arctic. A U.S. Navy ship takes her there without knowing the purpose of her mission.

For four months the soldiers cut off all communication with the outside world, but when they try to return they discover that the virus has spread across the planet, infecting 80% of the population. For the moment, everyone on board the ship is safe from the virus, but they must return to land to obtain supplies and try at all costs to create a cure.

This is a very cool show with a lot of suspense, mystery and increases in intensity as we progress into the story. When searching for TV Series like The Last Ship, we looked for TV shows with similar themes, good storytelling, complex characters, and people living in special circumstances, trying to survive.

If you think we missed any similar shows like The Last Ship that should be on this list, then don’t forget to mention them in comments below.

12 Monkeys is about Cole, a time traveler from a the future who is on a mission to locate and eradicate the source of a deadly plague that is threatening to completely wipe out the human race. What we get here is a cool futuristic remake of the 1995 movie with the same name.

If you are looking for TV Series like The Last Ship, this is an obvious choice because of the similarities in objective for our fascinating main characters. Action, mystery and drama are what will keep you watching and wanting more.

This series is about the planet having been occupied for some time by some aliens that no one has seen. They are known to be there because they erect a huge metal wall which divides Los Angeles into two totally halves that can’t communicate with each other – The Authority, a group of human collaborators, rules the land.

Colony immediately establishes other parallels with other countries living under occupation and dictatorship in our history. Our heroes need to survive, and maybe succeed in overthrowing The Authority.

A mushroom suddenly appears on the horizon of a small American town called Jericho. The citizens are left wondering what happened and if they are the only ones left alive.

Fear of tragedy gets the town into unrest, as all communications with the outside world are lost and electricity is cut off. Everything begins to crumble, while terror, anger and confusion will bring out the worst in some residents.

Jake Green is the prodigal son of the town’s mayor, who has returned to claim his grandfather’s inheritance, and who becomes a hero without intention, when a school bus suffers an accident as a result of the explosion.

The action takes place in the US state of Maine called Chester’s Mill. This is a small town that wakes up isolated from everything around it because of the appearance of a mysterious transparent dome, impossible to penetrate.

If the mysterious appearance of the dome was not enough, the town also has to deal with a murderer, a politician looking to benefit from this crisis, his psycho son and a curious journalist. A fascinating ensemble of characters that drive the story forward and keep you hooked along the way.

A great alternative if you’re looking for TV shows similar to The Last Ship.

The series features an American nuclear submarine rescuing a Navy SEALS special forces team from the middle of the ocean. Shortly after, the submarine is ordered to launch a nuclear torpedo on a country.

Submarine captain Marcus Chaplin considers the order suspicious and refuses to kill millions of people for no reason. Due to the captain’s refusal, another American submarine attacks them on the grounds that they have deserted. After they manage to escape the attack, the crew and special forces flee to an island in the hope of clarifying things with the US government.

As the action unfolds, new intrigues are revealed within the US government and its efforts to hide the truth. With the action happening on the sea, this is another great alternative for fans of tv shows like The Last Ship, it should be exactly what you are looking for.

More TV and Web Series recommendations for The Last Ship: