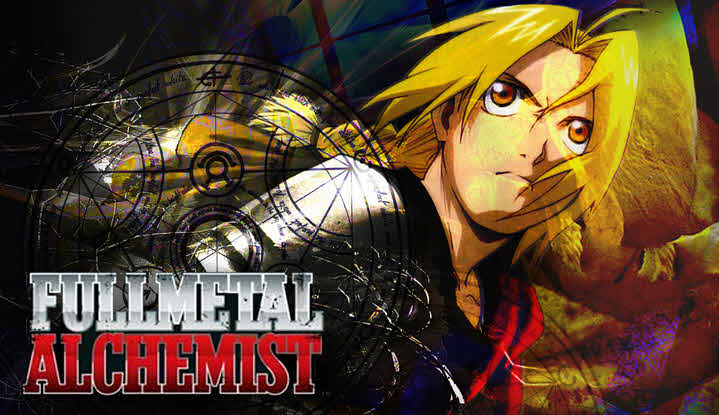 “If someone wishes to obtain something, something of equal value must be offered.”

Alchemy is linked to this law of equivalent exchange, something that the brothers Edward and Alphonse Elric really realize when they try to carry out a human transmutation: the taboo of alchemy. Because of their sin, they both lose something of great importance, one loses and arm, the other his body altogether.

Only through the sacrifice that Edward makes by losing his right arm is he able to fix Alphonse’s soul in an armor. The hope of regaining their own bodies is what leads Edward to take on an arm and leg of “automail” and become a state alchemist. Some years later, the Elric brothers search for the legendary artifact called the Philosopher’s stone.

This famous relic enables an alchemist to sidestep the law of equivalent exchange. Together with other allies, the brothers will also discover a conspiracy that involves the entire nation. Anime like Fullmetal Alchemist: Brotherhood are filled with drama, intense plots, special abilities and tough decisions for our main characters.

In D.Gray-Man the main character is named Allen Walker. Allen is a young exorcist who has recently joined the Dark Order after being abandoned by his former master General Cross. This is the beginning of a very exciting and dangerous adventure full of the afflictions, risks and ethical problems that exorcists suffer in order to save humanity.

Facts to which Allen feels emotionally tied and that immerse him in a whole series of experiences with which he develops, makes more allies and also many enemies. Dark, gritty, exciting and fascinating, this is an anime like Fullmetal Alchemist: Brotherhood you do not want to skip over.

Code Geass is situated in a parallel reality in which the Holy Empire of Britannia has control of 1/3 of the world. Due to the rapid development of technology, the Knigthmare, a fuse with great military capacity, is created.

Then, the independent Japan, is attacked by Britannia and is defeated with the great empire changing the name of Japan to Area 11, and its inhabitants getting the name Elevens. The story centers on Lelouch, a young student who yearns for the destruction of Britannia.

The War for the Holy Grail is a competition to the death in which seven wizards (called “Masters”) summon seven heroic spirits (called “Servants”) to fight each other, in which the only winning team left standing will be the one worthy of the power of the Holy Grail, which can grant any wish.

After three unfinished wars in which there was no winner, the 4th War for the Holy Grail is about to begin. Kiritsugu will take part in this war. He is deeply divided between the love he wants to give to his new family – his wife Irisviel von Einzbern and his daughter Illya – and the goal he will have to achieve in this 4th war.

The main plot is about how Kazuki Muto, a high school student that dies while trying to save a girl who was being chased by a monster. He wakes up thinking that it was all a dream until he meets the girl who reveals that his death was real and she saved him with an object called Kakugane.

This is an alchemy tool used by the alchemist warriors to fight against the Homunculi, beings that devour humans. The girl saves him because she felt responsible for his death and thus drastically changes the life of our hero who has to learn to control the Kakugane that keeps him alive while defending himself from the Homunculi who want to use him against the alchemists.

The similar alchemy plot points make this an ideal anime like Full Metal Alchemist: Brotherhood for fans of the genre.

When looking for anime like Full Metal Alchemist: Brotherhood, Blue Exorcist is an absolute must see. It is also about a special brotherhood, spectacular imagery, and thrilling adventure.

The story focuses on fifteen-year-old Rin Okumura, who along with his twin brother, Yukio, were raised in a meeting by Minister Shiro Fujimoto, an exorcist. In a few days, Rin discovers that he and Yukio are related to Satan and that he needs to take him to Hell with him.

After seeing Shiro’s disappearance, Rin attracts Kurikara, a sword she holds hidden within her Satanic forces. From that moment on, Rin gets not only satanic attributes, for example, teeth and tail, but also the ability to produce blue flames that annihilate almost anything that comes into contact with him.