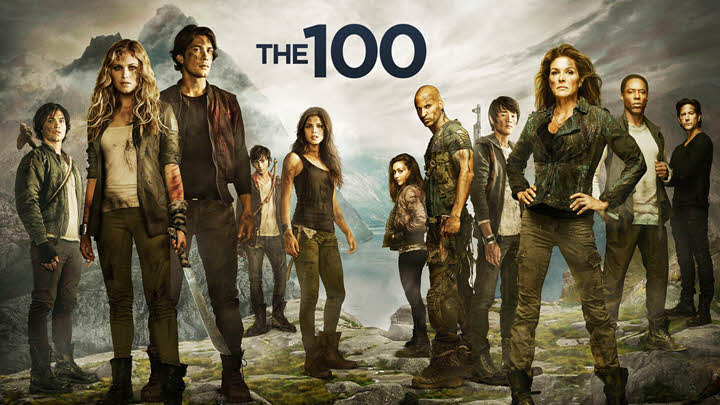 The 100 is a post-apocalyptic science fiction series loosely based on a novel series by Kass Morgan. The story is set future where the humans are surviving on the space station, following a nuclear apocalypse which made the Earth uninhabitable.

It has been 97 years since the apocalypse on Earth and the Future on the space has been jeopardized due to a glitch in the system and over population. This forces the spaceship’s commands to send 100 juvenile convicts to Earth in order to determine if its habitable again. They soon realizes its habitable but also they are not alone in it. Under the leadership of Clarke and Bellamy the battle for survival starts for the 100.

With six successfully running seasons and the latest announcement of the seventh season that will conclude the series lets checkout other similar TV or web series like The 100 that have careful character development and are as captivating or even better than The 100.

Terra Nova is a Science fiction drama set in 2149 where Earth has became over populated and polluted. The story follows the Shannon family’s journey into 85 million years into the past away from the uninhabitable conditions of the current Earth. They form a colony, name it Terra Nova and tries building a new civilization.

The concept is very similar to The 100 where the characters are carefully developed and we are rooting them to survive.

If the post-apocalyptic part of the 100 is your favorite part then The Walking Dead series is a must watch series for you. The decade long show primarily focuses on the survivability of people after a zombie apocalypse that spread across the world.

Its an incredible show and has amazing character arks for each and shows how humans change over time in such a hash world.

Lost is a science fiction drama with a mix of supernatural elements making you to hook into the series. The shows follows a group of plane crash survivors who must now work together in order to survive the deserted island.

With Six addictive seasons having 121 episodes the show is a puzzle that unravels different secrets with each episode making it a binge worthy show.

Falling Skies is a science fiction series set in a world devastated by alien invasion that reduced the human race to 10% and neutralized Power grids, technology and militaries. The story begins six months post the invasion where the survivors must now band together to face the highly intelligent and heavily armed Alien forces.

This is a five seasons show having some amazing character developments and their fight for survival.

Battlestar Galactica is a 2004 science fiction drama with four seasons of incredible story set in a distance star system. After the twelve colonies inhibited by humans have been destroyed by an android race called ‘Cylons’, the surviving fleet of humans aboard the an old battleship named ‘Battlestar Galactica’ on search for the fabled true home, the Earth.

More show recommendations if you enjoyed watching The 100: