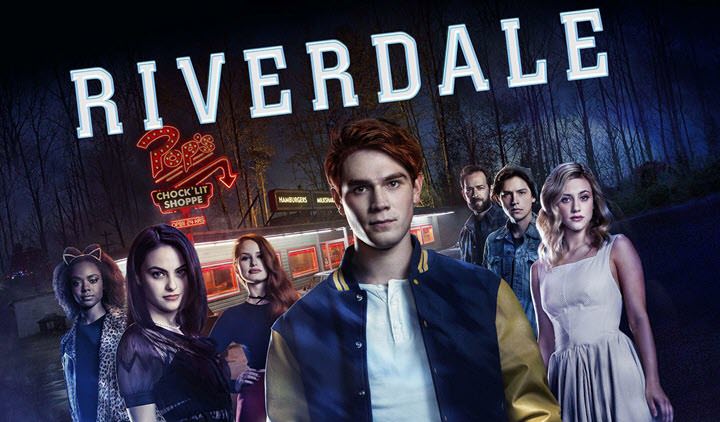 The Riverdale teen drama is the television adaptation of Archie’s famous comics but giving it a bit of darkness and a halo of mystery to make it more attractive.

The series begins with the mysterious murder of Jason Blossom, son of one of the best-known and richest families in town, whose body is found one morning in the river of the fictitious city of Riverdale, turning the mock tranquility of its inhabitants upside down.

All characters are presented as very straightforward during the first chapters, but as the plot progresses they evolve and add more drama and entanglements to their lives, dwelling more and more into the secrets and mysteries of Riverdale.

The story is located in the village of Mystic Falls, where Elena Gilbert lives. She lost her parents four months ago and is left alone with her brother. Trying to restart her life after this terrible loss, she decides to go back to school and that’s where she meets Stefan Salvatore, a rather mysterious student for her, but one who doesn’t go unnoticed and who she is willing to get to know.

During this period, Elena learns what Stefan really is, a vampire who has been roaming the earth for years. Elena begins to realize that someone like Stefan is not easy to handle and that he takes many risks, especially wit the return of his brother, Damon Salvatore and their rivalry.

Damon will endanger everything that Stefan is and even the very town where they live, but above all, the secrets that the town has been keeping for more than 100 years. If you are craving more tv shows with drama and intrigue like Riverdale, then this is a top binge choice for you.

The story begins with the rivalry between Serena and Blair, who dispute their role in the Gossip Girl bubble world. Blair is the girl everyone copies, criticizes and envies at school since her close friend, Serena, left town, but when Serena returns to school, Blair sees her leadership falter.

Not only that, but she’s afraid of losing the love of her boyfriend, the very handsome Nate. They’re young, they wear the best brands, and they have everything you can get for money. So is the circle of friends of Serena, who just returned to New York after being expelled from a boarding school in Europe.

Accustomed to being admired and envied by everyone, Serena will have to face the fact that things are no longer as they were when she left…

Scott McCall, is a typical high school kid with a quiet life. But everything changes when he gets bitten by a werewolf. Immediately, Scott begins to experience changes in his body: sharp fangs, hair where there shouldn’t be any, claws…

With the full moon he is completely transformed, and that’s when he’s unable to control his violent werewolf nature. From then on he must control himself so as not to harm those around him and not be discovered.

But on the other hand, his conversion is not such a bad thing, as his life goes from anonymity to popularity in a flash. His best friend Stiles will be a great support in controlling his new powers and facing the dangers that lie ahead while also being attracted to the mysterious Allison.

If you’re looking for Netflix shows like Riverdale for the mysteries, drama and secrets, this is definitely a top choice for you.

Clay is a boy who is dismayed by the suicide of a friend of his from high school. Shortly after the fact he receives a box with 7 cassettes (each with two sides) that were recorded by the girl (Hannah Baker), explaining the reasons and outing the people who pushed her to her sad end.

The series is a great drama and a worthy binge for fans of shows similar to Riverdale: chapter by chapter we are going to know a little bit more about Hannah’s life and how everything goes horribly wrong.

From the very start there is a big doubt (what the hell did Clay do to be in those cassettes?) and that is the main engine for you to want to devour this show in a weekend.

Located in the fictional city of Rosewood, four friends-Spencer Hastings, Hanna Marin, Aria Montgomery, and Emily Fields-are saddened to learn of the disappearance of their friend and leader Alison DiLaurentis.

After a year, they begin to receive threats and blackmail on their cell phones from “-A”, revealing every dark secret they kept hidden. At first they think this is all coming from Alison, but when her body is discovered, and the threats continue, it is clear something more sinister and mysterious is taking place.

If you’re a fan of mysteries and secrets, shows like Riverdale and Pretty Little Liars should be exactly what you are looking for.

More shows to watch for you if you enjoyed Riverdale: