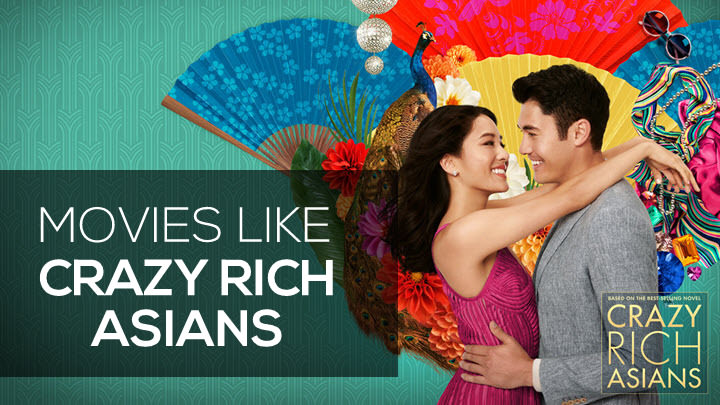 Crazy Rich Asians, by director Jon M. Chu is a highly entertaining film with a spectacular production design. The film is based on Kevin Kwan’s eponymous book trilogy and works because it has in its premise the story of Cinderella that has captivated both literature and film for years.

Rachel Chu, NYU’s youngest professor of economics, is an independent woman who has built her career on much effort and the support of her immigrant mother. Her life seems pretty normal until her boyfriend Nick Young convinces her to vacation in Singapore for his best friend’s wedding and introduce him to his family.

During the trip, Rachel discovers that Nick is the heir to one of Singapore’s most powerful real estate empires and also comes from a traditionalist family with scrupulous and classist values. Rachel will be confronted with a strict mother, a jealous ex-girlfriend and a social world where she does not belong, while Nick must decide between true love and family legacy.

Movies like Crazy Rich Asians should be light-hearted comedies, romantic, with both entertainment and a moral of the story being predominant.

A weekend in the country and away from real life is the perfect occasion for fun but, above all, for confessions. A group of seven gay friends get together to celebrate the bachelorette party of two of them, Andi (Constance Wu) and Lu (Angela Trimbur) about to get married.

It all seems like laughter and fun until alcohol starts intervening in the conversations, uncovering secrets never before revealed like the one Lu confesses. Although brides claim to always have explosive sex, friends begin to doubt whether it’s a good idea for them to get married because of the confession that shows a clear lack of sincerity.

Fans looking for movies like Crazy Rich Asians will enjoy watching Constance Wu in this as well!

During the 1980s, the government of South Korea set up a special summer camp for so-called “gyopo,” who are Korean teenagers who were born and lived abroad. The aim of this camp is for these teens to spend their summer in Seoul learning about their true origins.

While the purpose of the plan were commendable, the teenagers’ activities were just the opposite. Three boys, from the United States, Mexico and Germany, will meet three girls who will rock their world.

This movie is the perfect movie like Crazy Rich Asians to watch next. It has romance, it has comedy and it has some more serious and challenging motives.

The Greatest Showman on Earth celebrates the birth of the show business and introduces us to the visionary who, from nowhere, has managed to create a show that has become famous around the world. Hugh Jackman is P.T. Barnum, nicknamed the Showman, founder of the Ringling Bros. and Barnum & Bailey Circus.

The director, Michael Gracey, manages to tell this story at its best through a musical. Had he chosen to make a feature film, he would have gone through one more story in the cinema, but opting for the path of a musical, he manages to give another hue and flavor to the story of an entrepreneur, which could well serve as an example and a moral. “The Greatest Showman” manages to leave us with that lesson of tenacity in all senses.

Since childhood, Natalie has been obsessed with Hollywood romantic comedies, hoping to one day find Prince Charming to take her shopping at the most exclusive boutiques on Rodeo Drive in Los Angeles. As the years went by, the protagonist realized that her mother’s advice was true. The real world is the opposite of the fairy tales led by Julia Roberts, Meg Ryan or Sandra Bullock.

There is no such thing as a magazine cover boy, good friends have the back of their hands, and the salary is barely enough to pay the rent of a tiny apartment in New York City. After a tremendous blow to the head trying to wrestle a thief in the subway, Natalie (Rebel Wilson) wakes up in a completely different reality.

Her home is now a luxurious penthouse, her clothes are chic, and her workplace is one of those large, modern spaces. Her best friend has become her main rival, and her only confidante is her gay neighbor, who always appears in her apartment as if by magic.

If you’re looking to laugh and enjoy an original romantic comedy, this is not just a movie like Crazy Rich Asians, this is that and more!

Ali is the son of a Muslim family with a lot of talent for music, although he is also innocent and neurotic. One day, when a big lie is out of bounds, Ali will have to go through a marriage of convenience, something complicated if we consider that he is hopelessly in love with a Lebanese girl born in Australia.

Choosing between family duty and the call of his heart will be the toughest decision he’ll have to make in his life.

More Movies To Watch If You Loved Crazy Rich Asians: