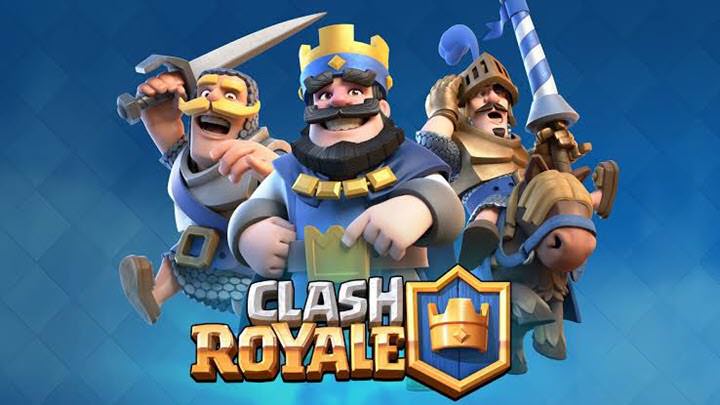 The mechanics of Clash Royale are quite simple. You have to play against other players in the game with a deck of eight cards. In Clash Royale, the elixir is the currency of the card. Each card has a number representing the amount of elixir needed to summon the card. Each card comes with unique pros and cons, so there is strategy and planning involved.

Finding a game in Clash Royale takes a couple of seconds and each game lasts three minutes. Each player in the game has three towers. The object of the game is to prevent the opponent from destroying your towers while you try to knock down the opposition’s towers. The player who destroys the most towers (or all of them) at the end of the time limit is the winner.

Games like Clash Royale are about tower assault and defense, where you have different cards or abilities which enable the user to employ strategy to win. Think we missed any similar title that should be on this list? Then don’t forget to mention them in comments below so that we can update the list.

Brawl Stars is a cell phone video game available for Andriod and IOS, where we will have to choose a champion to face each other in the different arenas. The game consists of 23 “heroes” called Brawlers, who will be unlocked as we go up a level in some cases or get some loot boxes for the rest.

Each of these Brawlers have their base powers and their “ultimates” that do not repeat themselves. There is a great variety when it comes to creating them, to the point that they are divided by classes and skills.

As usual, every ability as its advantages and disadvantages, and it’s up to the player to use them intelligently to gain an edge over their opponents. Both visually and strategically a great choice for someone looking for games like Clash Royale.

This RTS with touches of tower defense allows you to manipulate the battlefield from an aerial view with short, fleeting combats; but full of adrenaline where your main objective will be to defend your base. Your role as the main strategist will be to spend energy bars to deploy units across the battlefield.

According to the power of each one, it is the energy bars that will cost you. You will have to manage your soldiers well throughout the combat, taking care of the recovery of your bars and creating short objectives that you want to achieve to defeat your enemy.

Despite the fact that it is a mechanic that could look similar to other popular mobile games, the touch of Gears of War is present at all times with elements that manage to differentiate from competitors like Clash Royale and will delight players looking for games like Clash Royale.

A very popular card game, here we have a deck of 30 cards where you can find damage spells, healing spells, henchmen, weapons… always depending on the chosen hero and his characteristics.

Each turn we win a mana crystal that we can use to play the cards(as a resource). The objective of the game is to leave your opponent with zero health. To achieve this, you have to understand your cards and use them wisely.

You have to counter what your opponent does and also use a little prediction, and even math. Lastly, a bit of luck is always involved. A great choice for fans of games like Clash Royale.

WarFriends could possibly pass as a Clash Royale type game by putting us into 1v1 multiplayer games that feature 3D and the option of being able to shoot the enemy. We can call to arms all kinds of soldiers as we get more energy and at all times we can use special attacks to leave the battlefield ravaged by bombs.

WarFriends is a primarily online war game (there is also a single-player mode called “Warpath”) where the goal is to win battles against other players in order to move up in rank.

To do this we have our main character that we can equip with different weapons and outfits, plus an army of different types of soldiers that we will deploy in each battle little by little. In addition, to help us in the battles we will be able to resort to special cards, single-use cards that will provide some help.

On Titan Brawl each person has a special skill; it can take seconds to become available again once we use it. What really hooks us is the game mode, which is developed in 2 lines with each line being protected by a turret.

That’s where it all comes from, because when the streets come together, we’ll find a kind of totem, which is the core a player needs to protect and destroy. If this totem is knocked down, we lose the game, so it must be protected at all costs by the turrets. They have the power to defend themselves, but their lives, unlike ours, do not regenerate.

The time limit for each game in Titan Brawl is only 3 minutes, so it’s an ideal game for those looking for a little fun with a MOBA, and you can unlock characters every time you win. A great combination of MOBA and tower defense.