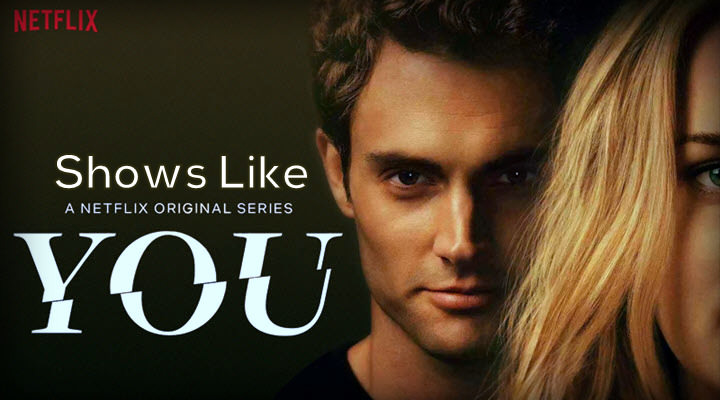 How far do we go when we’re in love? When a young woman is rescued from a fatal accident by a handsome bookseller, this seemingly disinterested gesture leads to a love story.

But what the heroine doesn’t know is that the new boyfriend has been following her for a long time, had been already planning their whole life together and is ready to do anything to stay with her. Anything!

This might look like your casual romantic tv show where the boy chases the girl and eventually gets her, but you’d be wrong. Something far darker is in store. Secrets, stalkers, mystery, love, betrayal are some of the recurring themes we can look for in TV shows like ‘You’.

Best TV Shows and Web Series Similar to ‘You’:

Pretty Little Liars is a ABC Family production based on the series of novels of the same name as Sara Shepard. The series follows the changes in the lives of four girls – Hanna, Aria, Spencer and Emily – after their group’s “leader”, Alison, disappears, and they begin receiving written messages from an unknown “A” signer.

At first, they think it’s Alison, but after she is found dead, the girls realize that someone else knows their secrets, including the most hidden ones, which they thought Alison only knew. Mystery, lies and murder should be the perfect ingredients when looking for TV shows like ‘You’.

A unique thriller exploring two main characters that are after one another. One is a ruthless serial killer in Belfast Northern Ireland, and the other is a witty female detective from MET, who is brought in to catch him.

Both of them are incredibly smart and think they can out smart the other. It’s a game of cat and mouse with deadly consequences. The question is, who slips first, and to what lengths are they willing to go to catch the other.

“What death has joined together, let no man put asunder”, this could be the tagline that would define this new original Netflix series entitled Dead to Me.

Jen is a sarcastic and histrionic widow who has to face a strong economic downturn and take care of her children after the death of her husband, who was run over in strange circumstances at dawn in the vicinity of her home. Obsessed with finding the culprit, she constantly rebukes the police, who do not think enough of her to do justice as she records the license plates of as many reckless drivers as she finds in her path.

The series deals with grief at the loss of a loved one in all its aspects and phases. Even what it means to voluntarily give up on someone, which would be the expression that gives it the title “dead to me”. It is a great tv show like ‘You’ that fans should check out when while waiting for a new season.

The story of therapist Jean Holloway (Naomi Watts), a woman who gives us a sweet, passive and concerned image for all her patients.

This is how we see Jean in each session, concerned, committed and sensible with all the people who come to her office. But we quickly discover that Jean is a little bit different, and her practice is not only limited to the time she has with her patients.

With the use of an alter ego by the name of Diane Hart, a brave reporter, she interacts with people who generate emotional conflicts with her patients. How long can she keep deceiving her patients? And to what results?

Dexter is a TV show based on Jeff Lindsay’s 2004 novel entitled “Darkly Dreaming Dexter”. dealing with the forensic laboratory where he benefits from all the knowledge to have perfect coverage and not to be revealed.

During the day, Dexter Morgan is a model employee of the Miami police forensic lab, but this is just a mask that hides his true identity. In fact, Dexter is a meticulous criminal (a monster as he admits) who satisfies his thirst for blood at night. At the shelter of darkness he pursues and then kills criminals that the law cannot reach, all with care and determination.

If you’re looking for a sociopath similar to the main character in the ‘You’, Dexter is the way to go.

More Shows To Watch If You Loved Netflix’s You: