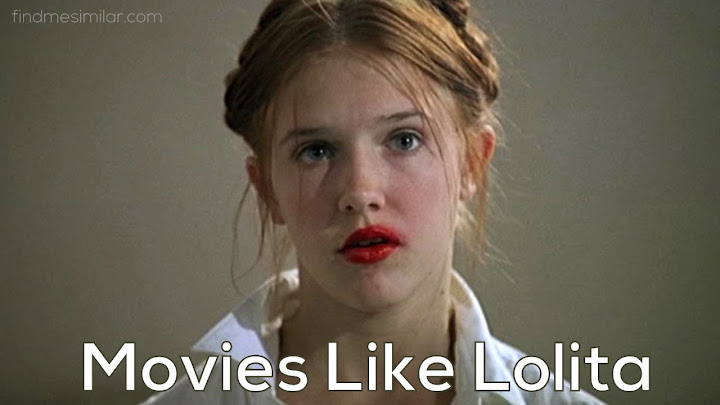 In America in 1947, Prof. Humbert Humbert (Jeremy Irons), a British professor of French literature, received a professorship at the University of Beardsley, Ohio. For reasons of force majeure he was forced to move to the home of his widow Charlotte Haze (Melanie Griffith). Here the unexpected encounter with the little one of the house, Dolores Haze (Dominique Swain), takes place.

With her unripe beauty she will bewitch the male protagonist, leading him to pure madness after having made him rediscover his worst weakness: the ill attraction for the “Lolita”, a term coined by Vladimir Nabokov, author of the novel of the same name, which indicates a pre-adolescent attractive from a sexual point of view according to the executioner, in this case Dolores becomes the archetype of this figure, sometimes mythological.

From this vision on the part of the protagonist begins a psychological drama, which reveals the soul of the viewer. Lyne shows us that he is a great author and, above all, an aesthete of the first order, in fact it is the well-tended and ethereal aesthetics that guide the entire film. The director chooses to oppose the monster of pedophilia, an aesthetically very pleasant context: the care of the environment, a refined taste for soft direction, pastel colors and vibrant photography, very bohemian and sometimes impressionist. The film is a true work of art.

A movie feature Jeremy Irons, just like Lolita this is a well executed style exercise, a dry and incisive melodrama that sees Louis Malle return to the theme of Les amants, Pretty Baby and Heart Breath: sex as a desperate attachment to life.

Fascinating portrait of a woman whose life is marked by the tragedy of her brother’s suicide, in love with her and unrequited. He is about to marry the scion of an influential English politician, with whom, however, a relationship begins. She thus unconsciously recreates the same pattern of events that led to her brother’s suicide, until the circle closes with the death of the promised groom.

The final consciousness brings her back to life, calms the metaphysical tension, thus making her “… a woman like all the others”.

Left on their own in Paris while their parents are on vacation, Isabelle (Eva Green) and her brother Theo (Louis Garrel) invite a colleague, Matthew (Michael Pitt), to stay with them. They make their own rules, as they experience each other’s emotions and sexuality, playing a series of increasingly elaborate farces.

With the turbulent political situation in France in the 1970s, when the voice of youth is heard throughout Europe, THE DREAMERS is a story about self-discovery, and the three students test their limits to see how far they are willing to go.

The film “Una”, based on the play “Blackbird” by David Harrower, follows the journey of a young woman who wants to recover her past. 15 years ago, Una, a 13-year-old, ran away with an older man, Ray, a crime for which he was arrested and jailed.

When he sees the picture in a magazine, Una looks for it and goes to his place of work. Her unexpected arrival threatens to destroy Ray’s new life and destabilize Una. Unspoken secrets and buried memories come to light as Una and Ray slip through the remnants of the past.

Their meeting raises unanswered questions and unresolved wishes. The whole experience will completely overwhelm her. The movie “Una” looks deep into a form of devastating love and wonders if redemption is possible.

Stealing Beauty is a drama directed by Bernardo Bertolucci in 1996. The film is centered on American teenager Lucy Harmon (Liv Tyler) who travels to Italy to live with her recently deceased mother’s friends. Lucy arrives at the villa in the Tuscany region, where she meets her mother’s friends, a plethora of bizarre characters as they come into contact.

Lucy had visited the villa four years ago when she met young Niccolo and now hopes to meet him again. Lucy’s mother killed herself a short time ago, and the girl wants to find out who her biological father is. She read in her mother’s diary that she was conceived here at the villa in Tuscany, which justifies the young woman to believe that her true father is still here.

In the meantime, however, the teenager is piquing the interest of men in the house, but the virgin Lucy seems to be looking for the right man to have the first sexual contact with…

Two young lovers, Diana and David (Demi Moore and Woody Harrelson), recently married, have financial problems due to the recession, being in danger of losing all their money. The two decide to go to Las Vegas, to try and earn the amount they need to make their dream come true: building a home.

After losing everything they have, an eccentric multi-millionaire (Robert Redford) offers them a million dollars for a night with Diana.

Although both agree that this could be an exit from their financial dilemma, the proposal threatens their relationship and asks the difficult question of how far would someone go for money.