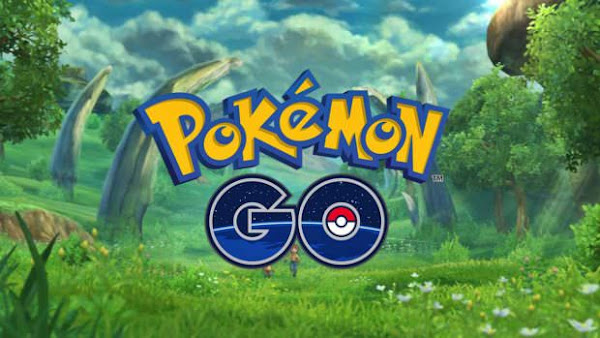 Pokemon Go is a mobile app that takes advantage of augmented reality, distributed with the free-to-play formula. The capture of Pokemon’s takes place in ways similar to those of the safari of classic games: you take aim and with your finger you throw a ball, or bait, then hopefully everything is fine.

Your collected Pokemon are then grown using two resources: star dust, which is obtained from all the actions of the game, and candies, which are specific to each Pokemon and are obtained by capturing them, transferring them to Professor Willow (but thus losing possession) and, above all, by hatching eggs. To improve the fight points you need a candy and a certain amount of dust, while for the evolution is required a certain number of candies. No stones or strange mechanisms, in short: to have strong Pokemon you have to capture as many Pokemon as possible, gain experience with the actions of the game to increase your coach level and decide when and on which monsters to invest resources.

After gaining so much popularity quickly, when searching for similar games to Pokemon GO we looked at games with similar mechanics and AR experience to keep you entertained for hours!

Fans of Pokemon go will surely enjoy Harry Potter Wizards Unite! It is part of the world of the most famous wizard ever with the aim of calling us to help deal with the so-called Calamity. A particularly thorny event to be managed by the Ministry of Magic, it is disseminating a multitude of magical elements within the world of the Muggles, thus leading to raise exponentially the risk of ruining that magical secrecy maintained and protected for decades. Set after the events of the main saga (you can tell from some dialogues in the game), this pretext is the starting point to disseminate the map of the world (the real one) of events to be carried out to solve the disaster. The naked and raw gameplay takes place in a simple and immediate way, but not insignificant for this reason.

Your goal is to perform on the screen movements to draw glyphs related to specific spells. Each of these is used in a contextual situation and you can not personally choose which to cast. Events require you to chase away simple jammers, so you can free the magic element and bring it back to its place, or face real clashes. These can take place against creatures of the magical world, but also werewolves and death-eaters. During these face-to-face encounters you will be required to cast multiple spells until you completely unload the enemy resistance bar (representing HP), defending yourself from enemy attacks to avoid you succumbing. Just the clashes also live of a second nature, that of the Fortresses.

Before Pokemon Go, Niantic was able to get people talking about them already in 2012 with Ingress. Augmented reality game dedicated to those who deep down have always felt like a secret agent like Ethan Hunt but have never had the opportunity to put their skills into practice.

After having chosen the code name, activated the geo-location and wore a comfortable pair of hiking shoes, we set off on a REAL walk to some points of interest marked on the map, just like in Pokemon GO.

Once reached you will have various activities to perform such as the collection of Exotic Matter and objects more or less rare and useful for hacking portals. These are fundamental because by connecting them together you get the domain of a geographical area thanks to which you have control over a certain number of Mental Units, until the connection is not lost.

The aim of the game is to provide your faction with as many Mental Units as possible in order to control the world.

3. The Walking Dead: Our World

The Walking Dead: Our World brings together two elements with great potential: on the one hand a license as famous as that of the television series produced by AMC and based on the universe created by Robert Kirkman; on the other hand augmented reality, a technology made famous in the mobile sphere especially by that blockbuster that has the name of Pokemon GO.

Nothing to say to those who conceived this mix, then, that will not fail to total a few million downloads from the App Store and Google Play, also thanks to the now traditional freemium model, which allows you to download the game for free and use it without paying anything, unless you want to unlock extra items or speed up the progression from a certain point onwards, avoiding the well-known phenomenon of grinding. But how does the game work? Interfacing with the maps and GPS integrated into your smartphone or tablet, The Walking Dead: Our World identifies your location within the city, placing around points of interest from which to access as many missions. Some are reachable without moving, for a home use, others require you to walk a bit ‘with the phone in hand, being careful not to print in a pole and not to get invested.

Once the stage has been selected, we can choose whether to face the wanderers within a fictitious scenario or activate the AR mode. In the latter case, we will have to frame for a few moments the floor with the camera, then lift the terminal to see the zombies invade the real environments that surround us. The rest is entrusted to simple touch-and-shoot style mechanics.

4. Sharks In The Park

Sharks in the park is perhaps one of the first geospatial AR games in the world. Using Mixed Reality Motion Gaming to create captivating digital worlds, Shark in the park is unique because it is based on your GPS with your device needing a clear view of the sky. The best place to enjoy this game is in a wide park or a wide open area with no roof.

The game is based on an underwater world that is shown at the top of a video feed. The AR technology will give you the feeling that you are really under water. Your GPS coordinates and other sensory information are used to track your every movement, so the faster you run, the faster swim in the virtual world.

Who said fitness apps have to be sad and boring? Zombies Run is proof that the obsession with fitness and the obsession with zombies (which are now depopulated in the collective imagination) can go hand in hand with love. Developed by Six to Start, the app is part of a package of immersive experiences that finally give meaning to the act of getting up from the couch to go running.

The success of the idea is certified by over 1 million users who, day after day, take part in the missions that were created by the developers and that, taken as a whole, build a world that closely resembles The Walking Dead. Wear your shoes and earphones, warm up well and start moving. After a hundred meters you’ll start to hear them. They’re everywhere around you. They’re zombies. The only thing you can do is run.

The stories of Zombies Run, created in collaboration with writer Naomi Alderman, are told and unfold as the running session continues. As one of the few surviving human beings, you’ll need to complete certain tasks, acquire items and unlock bonuses. All while keeping fit. Brilliant, isn’t it? There’s something for everyone, from the most complex adventures to the daring escapes.