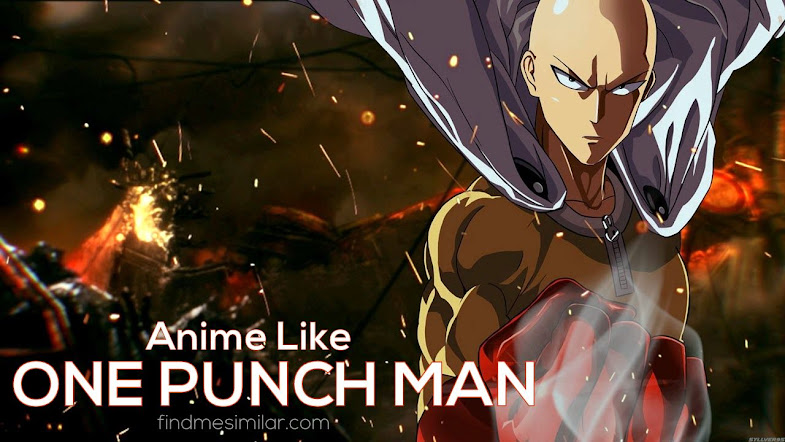 How does it feel to be the strongest man in the world?

One of the main topics of anime and manga Shonen is what is known as “the way of the warrior”: the protagonist fights against several enemies increasingly stronger and trains hard to become the strongest ever, but what happens next? What does the hero do once he has reached the height of his power? This question is the basis of One Punch Man anime based on the manga created by One and published on his blog in 2009.

Saitama is a “hobby superhero”, he fights the most powerful forces of evil collecting one victory after another, the problem is that he wins too soon. Saitama in fact, after three years of training, has become so strong as to put an end to all his clashes with a single fist. This endless number of uneven clashes pushes Saitama to the brink of depression, making him terribly apathetic. Saitama’s days are more or less all the same, when one day he is noticed by Genos, a cyborg, who is fascinated by all his strength.

Anime similar to One Punch Man have funny heroes, unique protagonists, and offer twists, turns and hours upon hours of fun.

A perfect mix of comedy and seriousness, able to pass from one to the other without forcing, able to literally make you bend in two by laughter or crying like a hermit. Funny, parodist and exhilarating souls, but at the same time serious and moving.

It deals with heavy subjects (racism, slavery, prostitution, etc.) with great sensitivity without ever falling into commonplaces or prejudices. Robust and complex plot with an absolutely unconventional protagonist! Passing through a universe of characters well characterized and developed, almost to be able to make them all co-stars.

A first-rate graphic and musical sector. Unpredictable and exciting fights. There are no secret shots, magic weapons, people do not scream techniques while fighting. Just fight!

Also Recommend: 16 Anime Like The Rising of the Shield Hero

“Tiger & Bunny” starts as a series much lighter and carefree than it actually is. The plot is original in its own way and takes its cue from topical themes, that is reality shows, in this case extreme to their most controversial aspects.

Hero TV is dedicated to one of the most delicate aspects of society, namely crime and its suppression. This task is entrusted to the heroes, who act in practice only under the eye of the cameras, buying useful points to increase their popularity and become the king of the heroes.

To be a hero you need a main feature, namely being Next, people with special powers that tend to be born more and more frequently and go to occupy the part of both the good ones, that of the bad ones. But why should a hero participate in Hero TV? To save as many people as possible or to acquire points and consequently better sponsorships?

3. The Disastrous Life Of Saiki K.

The background is narrated by the protagonist himself, whose warm off-screen voice you’d do well to get used to if you decide to give this series a chance. In short, since his birth the high school student Saiki Kusuo has been endowed with paranormal powers so developed that he is one step away from destroying the world, unintentionally, since he was very young.

For this reason, but mainly to avoid being discovered and then bothered by the other inhabitants of the planet, he represses part of his ESP power with green glasses and eye-catching antennas that he always carries planted in his temples.

Pink hair completes the character’s concept. Saiki is sixteen years old and shares a house with his parents, two rather bizarre guys who spend most of their time being pampered by his son’s superpowers and fondling each other as boyfriends at the first crush.

They are also the only ones who know about his extraordinary abilities, which include telepathy (not limited to humans), flying, telekinesis, teleportation and so on. His powers make him invincible, but also gloomy and prone to depression – similar to One Punch Man.

Dragon Ball, which tells the first part of Goku’s adventures from his childhood to youth and adulthood culminating in the clash with Piccolo during the final of the 23rd Tenkaichi Tournament. Later, to determine that ideological, narrative and stylistic “break” between the adolescence of the protagonist and his maturity, debuted in 1989 Dragon Ball Z, a product destined to leave its mark in its genre of reference.

If the first series, in fact, traveled on the tracks of a fantasy adventure centered on the themes of travel and discovery rather than those of a pure Shonen, Dragon Ball Z established itself in everything and everything as the soul that made the battles its trademark, creating a vein that still today – in essentially derivative products such as the various Naruto, One Piece, Hunter x Hunter, My Hero Academia and so on – survives in the scheme and dogmas that place a protagonist (sometimes a bit ‘dull and greedy) devoted to improving more and more in combat and animated by a deep sense of justice and goodness.

DBZ, in turn, drew inspiration from other cult genres: there is no doubt about the master Toriyama, for example, the influence of the works of the legendary Go Nagai, but the imaginary prepared by our (and, in return, by the animated adaptation inspired by the work on paper) remains a fundamental pioneer of the genre.

The mysterious Stone Mask of equally mysterious origins, endowed with frightening powers and acquired by the noble George Joestar I, will upset the latter’s family for entire generations: In 1880 his son, Jonathan, will have to fight, in a dark England, the ambitious aims of his adopted brother, God Brando, who with the Mask obtains a monstrous strength and an army of zombies and vampires.

In 1938, instead, Joseph Joestar will have to face the four Pillar-Men, very ancient Aztecs endowed with an immense force, creators of the Mask who, having woken up in Italy, intend to take possession of the Red Stone of The Hague to free the real powers of the artifact, powers that would allow them to become the most unbeatable form of life in the world.

In the flow of time, the events of the Joestars will intersect with those of the Zeppeli family, firmly linked by the technique of fighting the Concentric Waves.