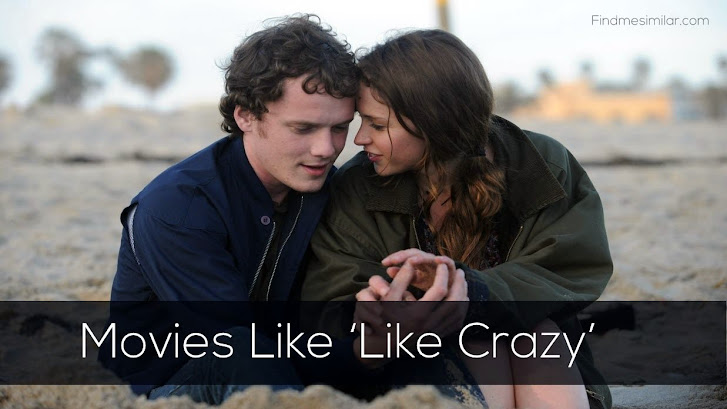 Filmed with the Canon 7D camera and presented at the Sundance Film Festival, the romantic drama Like Crazy presents the story of a young English student named Anna, who falls in love with Jacob, an American student.

Their love is put to the test when US immigration expels Anna from the US on account of her visa expiring. As she tries to get back to her lover, they are faced with having to answer tough questions such as is it all worth the fight?

When exploring movies similar to this one, we’ve compiled a list that is mostly of movies with complicated love stories that are also tested in similar or different ways than the characters of ‘Like Crazy’.

Keith and Megan Reynolds are the parents of a teenage girl, Lauren, and have a beautiful home near New York. But the happiness and tranquility of the family are tested when Sophie, an 18-year-old girl, comes, as part of an international student exchange program, to live with them.

Sophie finds a way to get closer to Keith through a shared passion: music. This film too stars Felicity Jones, the same actress who portrays Anna in ‘Like Crazy’.

Two strangers spend the weekend on the “Winx” dating app. The options are endless, but it’s less about connection and more about one-night adventures. But when Martin and Gabi meet, they wake up talking until the early hours of the morning.

The connection is interesting and new. Fascinated with each other, the two are in a hurry to enter into a relationship. Martin and Gabi go out for a date and soon move in together. But is this love?

The film captures the emotional texture and physical intimacy of a relationship, while transforming through the sometimes turbulent course of life in the modern era.

In a futuristic dystopian society, human feelings have been eliminated. While everyone lives in peace, a new disease comes to the surface and everything changes for the illustrator Silas (Hoult).

Once infected, he becomes an outlaw and is attracted to his writing colleague Nia (Stewart), who is also infected, but hides her condition. If they want any chance at survival, they must escape together.

Dear John stars John Tyree (Channing Tatum), a soldier who falls in love with the beautiful but also conservative student Savannah (Amanda Seyfried). The film’s title comes from the beginning of the letters Savannah sends to the soldier.

For seven years, the two correspond intensely, the letters from Savannah meaning for the young soldier more than mere romantic gestures, because at each dangerous mission he manages to maintain his mental balance precisely with the help of these evidences of love.

However, this long correspondence has consequences that neither of the two young people foresees.

Rosie and Alex have been friends since childhood, so a match may appear unlikely. When it comes to love, life and making good decisions, they are their own enemies. A strange turn at 18, a missed opportunity, and life sends them in totally different directions.

However, over time, space and different continents, the bond that binds them cannot be broken – despite disastrous relationships, marriage, infidelity and divorce. Will they manage to be together, or will it be too late?