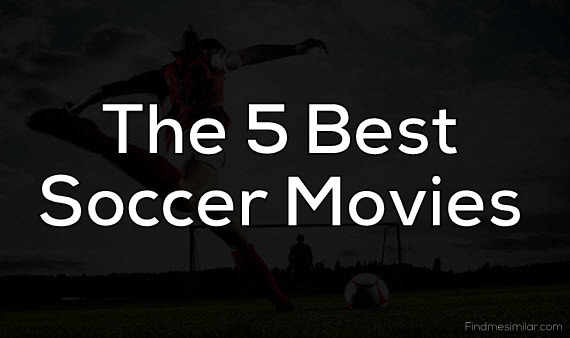 Sports can be an interesting theme for a movie. In fact, there are plenty of movies featuring different stories of various sports. It can be about the personal life of a player, the friendship within a team, or a specific event on the game. One of the most popular sports of all time is soccer or football and many filmmakers are inspired to portray this sports on the big screen.

Of all the movies about soccer, there are handful that made an impact on the lives of its audience. We have listed down the top soccer movies that fans must see.

These movies have captured the hearts of soccer fanatics. Each of the movie has its own unique style depicting the different faces of football.

Inspired by the story of Brian Clough as a football manager, this movie has made success in the film industry. It was based on the book entitled The Damned Utd written by David Peace. The story shows how Peace interprets the story of Clough’s unfortunate tenure being the football manager. Back in 1974, Clough used to serve as the manager of the Leeds United, also known as The Peacock.

The whole experience of Clough has been turned into a movie by the BBC Films and Left Bank Pictures. Peter Morgan wrote the adaptation, while Tom Hooper directed the movie. It was released in 2009 and had received several nomination from prestigious award-giving bodies.

This British biographical sports drama film was nominated as the Best Feature Film Screenplay in Writers’ Guild of Great Britain Award. The main actor, Michael Sheen, who played the role of Clough was also nominated as the Satellite’s Best Actor in a Motion Picture in Drama category. Meanwhile, its second lead, Timothy Spall also received nomination for Best Supporting Actor in the same event.

In 2002, the movie entitled Bend It Like Beckham has been released to give a fun twist on a soccer game. The title of the movie is derived from the surname of the popular footballer David Beckham. He is known for his signature move of free kicks.

The movie features a teenage girl who loves to play football. Her parents forbid her from playing because of the sexist argument that she’s a girl. Despite the hindrance, the protagonist joined a local women’s team that brought her to the top of the league.

Gurinder Chadha is the brain behind this movie. She is the one who produced, wrote, and directed the film. ParminderNagra, Keira Knightley, Jonathan Rhys Meyers, AnupamKher, Shaznay Lewis, and Archie Panjabi are starred in this drama-comedy film. The said movie has been also adapted in a stage musical version in London.

This trilogy movie features the story of success lived by Santiago Muñez, who conquered his rough background and made his way to the top. The first part of the trilogy was released in 2006, while the second and third installations were launched in 2007 and 2009 respectively.

Actual soccer players were seen in this film as the producer got the cooperation of FIFA. Some of the famous footballers who had a cameo in the movie are David Beckham, Zinedine Zidane, Ronaldo, Hugo Viana, Helder Postiga, Ricardo, and Raul Gonzalez. The movie also sealed a $50 million deal with Adidas as a sponsor. It is dubbed as the largest collaboration between a corporate brand and a film production.

Goal was directed by Danny Cannon and was produced by Mike Jefferies, Matt Barrelle, and Mark Huffam. Kuno Becker, Alessandro Nivola, Marcel Iure?, and Stephen Dillane were starred in the film.

Another different angle of the soccer game has been portrayed in this film entitled Escape to Victory. The story revolves around the prisoners of war who played an exhibition match of football. It was released in 1981 and distributed by Paramount Pictures.

Similar with Goal, the Escape to Victory also features actual football players. Osvaldo Ardiles, Bobby Moore, Paul Van Himst, Hallvar Thoresen, Kazimierz Deyna are among the players in the film. In addition to the line up, John Wark, Laurie Sivell, Kevin O’Callaghan, and Russell Osman of Ipswich Town also had a cameo. Some of the Ipswich Town players played important roles in movie. For instance, Paul Cooper stood for Sylvester Stallone while Kevin Beattie for Michael Caine.

One more interesting thing about this movie is that it was showcased in the 12th Moscow International Film Festival. The movie was played among the other quality films around the globe.

Soccer can also be part of a love story. This is proven by the film Fever Pitch featuring Drew Barrymore and Jimmy Fallon. The movie was adapted from the Fever Pitch: A Fan’s Life memoir written by Nick Hornby. The said author is also the one who wrote the screenplay for the film.

Indeed, watching soccer games on the big screen through these films can be an exciting experience. Aside from supporting football-themed movies, soccer fanatics are also enjoying the sports betting opportunities in this game. GrizzlyG Betting site reviews feature the best options that sports bettor can grab. Fans can place a bet on their favorite team and take home some cash after the game. This experience can definitely level up the soccer event. The popularity of this sports in different parts of the world is undeniable.