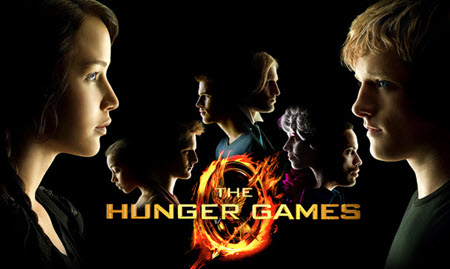 The story follows 16 year old Katniss Everdeen (Jennifer Lawrence) who volunteers for her sister’s place in ‘The Hunger Games’ a nationally televised fight to the death contest where the youth from twelve districts of Panem compete against each other until there is only one remaining.

Battle Royale is a Japanese action thriller based on the novel of the same name by Koushun Takami. The story follows a group of Junior High students who are sent to a remote island and forced to kill each other by the government until one lives.

The Running Man is a science fiction action movie based on 1982 novel of the same name by Stephen King. The film follows Ben Richards (Arnold Schwarzenegger) a police pilot wrongly convicted for murder is given a chance of freedom if he take participates in the ‘The Running Man’ an gladiator style fight to death television game show.

Death Race is an science fiction action thriller film starring Jason Statham as Jensen Ames a wrongly accused has only one way to get his freedom – winning the death race by killing others in the race.

The Condemned is a 2007 action movie directed by Scott Wiper. The movie revolves around ten death row prisoner who are brought to a desolate island and given a chance at freedom to the last man standing.

More Movies To Watch If You Loved The Hunger Games: