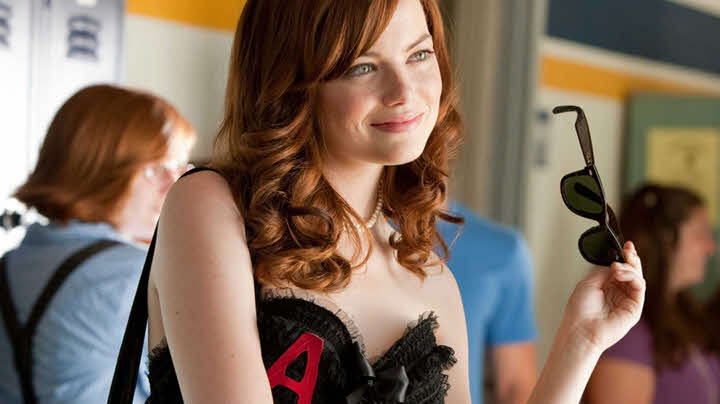 Easy A is an 2010 teen comedy movie directed by Will Gluck and the screenplay is partially inspired from the novel ‘The Scarlet Letter’. The story follows Olive (Emma Stone) a clean cut high school student whose existence turn around overnight when she decides to use the school’s rumor mill to advance her social and financial standing.

Now her classmates are turning against her and the school board is becoming concerned. With the support of her parents and a long-time crush, Olive attempts to crush the rumor mill once and for all.

If you like teen comedy movies like Easy A then find the recommendations for it below and don’t forget to mention if we miss any as we keep on updating this list.

Mean Girls is a teen comedy movie directed by Mark Waters. The story is about Cady Heron (Lindsay Lohan) a 16 year old home-schooled daughter of zoologist parents attending a public school for the first time and her clash with the school’s most exclusive clique, the Plastics.

The Breakfast Club is a 1985 American teenage comedy film written and directed by John Hughes. The story is about 5 high school students each a member of a different high school clique with different stereotypes, meet in detention and come to realize that they are all have a lot more in common than they thought.

She’s the Man is a 2006 American romantic comedy film where Viola takes the identity of his brother as he goes to London for a couple of weeks, but what she doesnt know is that she’s going to fall in love with her soccer teammates.

Beca, a freshman at Barden University, is cajoled into joining The Bellas, her school’s all-girls singing group. Injecting some much needed energy into their repertoire, The Bellas take on their male rivals in a campus competition.

Sixteen Candles is a 1984 American coming-of-age comedy movie written and directed by John Hughes. Its the story of a young average teen, Samantha Baker (Molly Ringwald) who struggles to get through the day of her sixteenth birthday as her family forgets her birthday on the eve of her sister’s wedding.