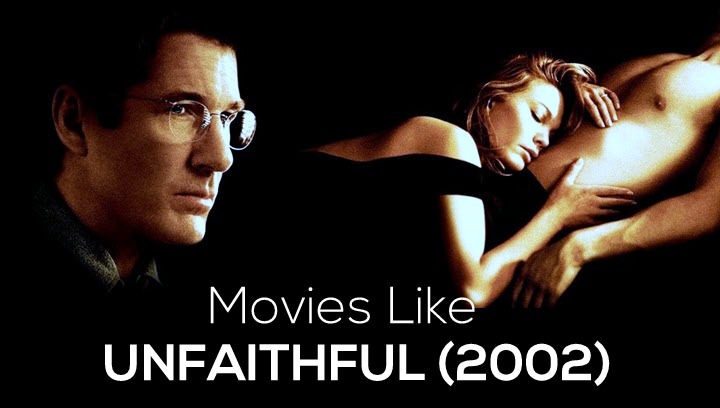 Suddenly their marriage goes dangerously awry when Edward find his wife’s having an affair with a stranger (Olivier Martinez) she encountered by chance in Manhattan.

If you like more movies like Unfaithful then find the recommendations for it below and don’t forget to mention if we miss any as we keep on updating this list.

Indecent Proposal is a 1993 drama film based on the novel of the same name by Jack Engelhard. It’s the story of a married woman (Demi Moore) who agrees to spend a night with another man (Robert Redford) for one million dollars to finance her husbands (Woody Harrelson) fantasy real estate project.

Last Night is a 2010 romantic drama written and directed by Massy Tadjedin. It’s the story of a married couple who are apart for one night, is confronted by temptation as the husband takes a business trip with a colleague he’s attracted and his wife encountering her past love.

Murder is a 2004 Bollywood er*tic thriller considered to be a remake of the movie Unfaithful. It’s the story of a married couple Simran and Sudhir Saigal who lives happily with a son in Bangkok. The story takes a turn when Sudhir finds out about simran having an affair with her ex-boyfriend.

Derailed is a 2005 thriller movie based on the novel of the same name by James Siegel. It’s a story of two married business executives Charles Schine (Clive Owen) and Lucinda Harris (Jennifer Aniston) having an affair are blackmailed by a dangerous criminal Philippe LaRoche (Vincent Cassel), the two must turn the tables on him to save their families.

9½ Weeks is an 1986 er*tic drama which revolves around John Gray (Mickey Rourke) and a divorced art gallery employee Elizabeth McGraw’s (Kim Basinger) impersonal affair. The title of the film refers to the duration of the relationship between them.