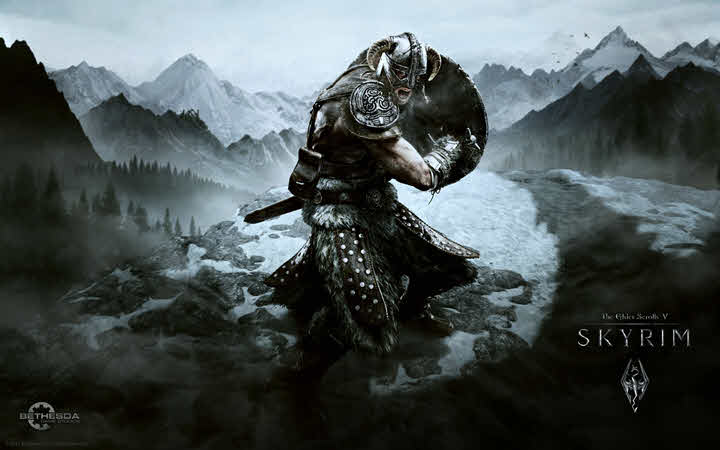 Check our list of recommendations for open world role playing games like Skyrim which provide similar gameplay. Set 200 years after Oblivion, Skyrim is the 5th installment in Elder Scrolls series where the player takes the role of the last living Dragon Born who must increase his strength and abilities so that he can defeat Alduin, a Dragon before he can destroy the world. Don’t forget to mention if we miss any similar games as we keep on updating this list.

Oblivion is the fourth installment in The Elder Scrolls action fantasy video game series. The story follows the player who was released by Emperor of Tamriel, and he must now make sure to stop the Mythic Dawn, a fanatical cult from opening the gates to Oblivion and save the Empire from its doom.

Kingdoms of Amalur: Reckoning is a single-player action adventure role-playing game. The game starts with the resurrection of the dead player through ‘The Well of Souls’ by a gnome known as Fomorous Hugues. The player must now try to bring order or create chaos to the kingdom.

Fallout 3 is an open world action RPG from Bethesda Game Studios. It is the third major installment in the series with a complete makeover from its previous games by making the game in 3D with real-time combat.

The game is set in a post apocalyptic world where the humans are living in a survival shelters called Vaults designed to protect about 1000 people from nuclear fallout. The player must now set out into the capital wasteland to search his father who left the vault to create a water purifier.

Dragon Age II is an action RPG developed by BioWare. The player is a lowly refugee in the city of Kirkwall who must now assume the role of a mage/ warrior/ rouge and become the its champion in a time where the world is in a political and social conflict.

Dark Souls is an open world action RPG developed by FromSoftware that brought us Demon Souls. Set in Lordran, a fictional kingdom where our character is an undead warrior who must now fight his way through numerous death traps, demons mobs and very powerful dragons to succeed Lord Gwyn and fulfill the centuries old prophecy.

More games to play if you liked Skyrim: