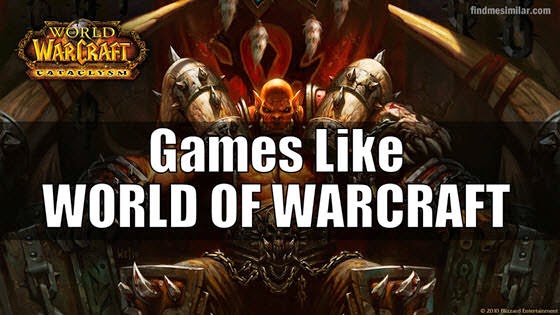 World of Warcraft (WoW) is a popular massively multiplayer online role-playing game (MMORPG) published by Blizzard Entertainment. With over 8 million subscribers as of March 2013, World of Warcraft is currently the world’s most-subscribed MMORPG, and holds the Guinness World Record for the most popular MMORPG by subscribers.

Guild Wars 2 is a massively multiplayer online role-playing game developed by ArenaNet and published by NCsoft. Set in the fantasy world of Tyria, the game follows the re-emergence of Destiny’s Edge, a disbanded guild dedicated to fighting the Elder Dragons.

SWTOR is a massively multiplayer online role-playing game (MMORPG) based in the Star Wars universe. Players can choose to join as members of  – the Galactic Republic or the Sith Empire.Player advancement occurs by a combination of mission completion, exploration, and defeating enemies.

Runes of Magic (RoM) is a massively multiplayer online role-playing game (MMORPG) developed by the Taiwanese developer Runewaker Entertainment. The game is free to download, and no monthly subscription fee is required because the service is funded by real money transactions (RMT) in the Runes of Magic Item Shop.

RuneScape is a free Java-based fantasy MMORPG game developed and published by British developer Jagex Ltd. The game is set in a medieval fantasy world of Gielinor with full of magic, mystery and adventure with a never-ending gameplay the players can explore the world, make new friends, fight with other players (pvp), slay dragons, battle with mythical creatures and gods.