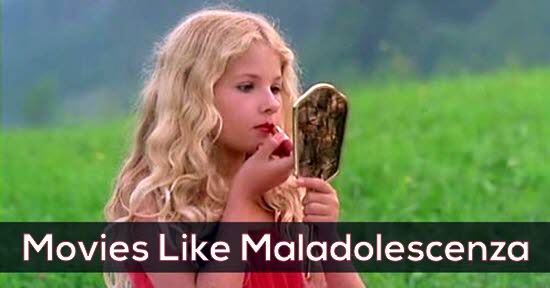 Check out this list of recommendations below for more movies similar to Maladolescenza (aka Spielen wir Liebe, Puppy Love).

Salò, or the 120 Days of Sodom is a 1975 Italian-French art film written and directed by the notorious Italian director Pier Paolo Pasolini. The movie follows four fascists who kidnap dozens of teenage boys and girls and subject them to 120 days of most hideous physical and mental torture.

Malizia (aka Malicious) is a 1973 Italian er*tic comedy directed by Salvatore Samperi. The story is about a boy, his brother and his father’s lustful desire towards their new maid Angela (Laura Antonelli).

Audition is a 1999 horror film about a deceptive widower (Ryo Ishibashi) who is screening girls at an audition to find his prospective wife. He doesn’t know that the one he likes is a deadly woman (Eihi Shiina).

Martyrs is a 2008 disturbing horror movie written and directed by Pascal Laugier. The story is about a young woman’s quest for revenge against the people who abducted and abused her while she was young. watch it if you are looking for a similar movies.

More disturbing films to watch if you liked Maladolescenza: