14 things your Android can do but your co-worker’s iPhone...

The modern world is divided into two clans: those who swear by their iPhone, and other Smartphone users.

Are you one of the latter? Us too !

Are you exasperated by your fellow Apple fans who tell you all day long that their iPhone is the best in the world? U.S. too !

That’s why we’ve put together a short list of things an Android phone can do, but the iPhone can’t…

Even hardcore iPhone users admit it: battery life is a problem…

While with an Android smartphone, you have different modes to save your battery that allow it to last much longer, your colleague will have to look for an emergency charger so as not to break down.

This is the time to show him that you still have 72% battery left, by saying “I charged it yesterday morning”.

If you own a Samsung, you are already familiar with the “Download Booster” function which helps to accelerate download speed by combining Wi-Fi and mobile data.

It seems so natural to use it, that you didn’t even know that the iPhone has no equivalent!

With its Lightning cable, Apple has created a real revolution. It’s undeniable. So much so that this cable only works on iPhones and iPads.

For all other smartphones, tablets and devices, a simple micro USB cable will do. 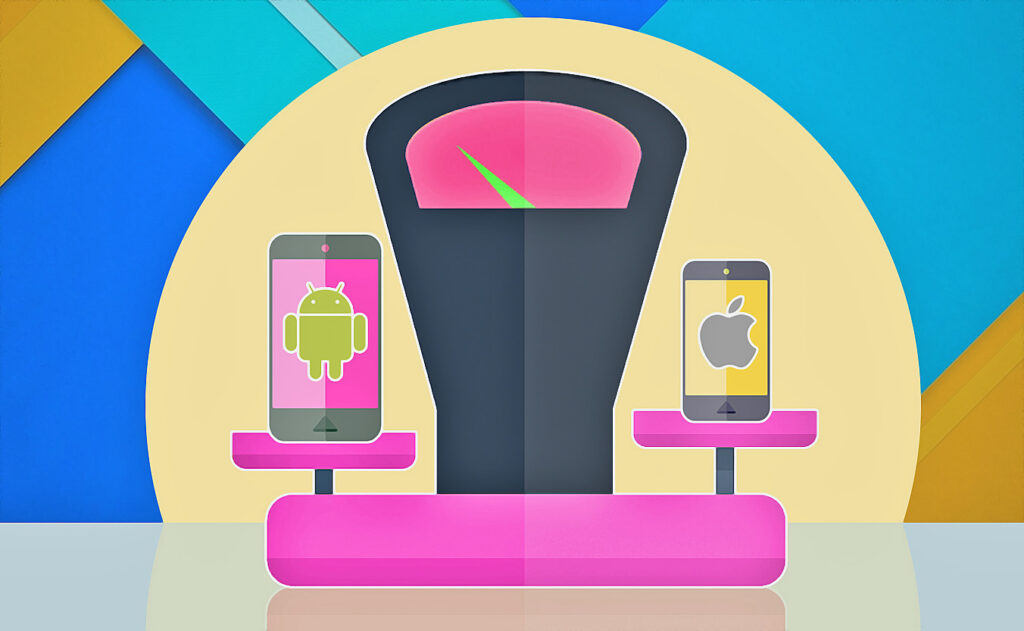 There are many iPhone cases, that’s for sure. But the choice of phone cases for Android models is much wider. It is incomparable.

Just for a Samsung case , there are more models. And we are not talking about Huawei, Xiaomi, Oppo cases….

There can be many reasons for using two SIM cards. Having a personal and professional number, traveling abroad frequently, having an extramarital relationship…

Whatever your reason, be aware that if you switch to the iPhone, you will not be able to install two SIM cards from two different carriers at the same time.

It sounds incredible, but this option, which even exists on a Nokia 3310, is not available on the iPhone!

Being able to split your screen to use two applications at the same time is a very useful function that Android owners know well and use frequently.

iPhone owners, on the other hand, continue to hope that the next model will have this feature…

The iPhone does not have a slot for an additional micro SD, and will never have one because it would be a risk for their cloud.

OK, not all Android Smartphones offer to increase the memory, but it is still possible on the majority of models.

An Android Smartphone gives you great freedom over the choice of applications you want to use, disable, or delete. This is not the case with the iPhone, which comes with its slew of applications made in Apple, the use of which is imposed on you.

The freedom to choose is at Android.

Let’s not rub salt in the wound: Apple Maps is horrible to use. Fortunately, it is perfectly possible to use Google Maps from an iPhone.

Yes, but… updates are immediate on Android, while they take much longer on iOS. Using a Google operating system has advantages when using its services!

Have you scratched your iPhone screen? Or worse, your battery no longer holds a charge?

You will then have to go to an authorized repairer, to order official spare parts, and offload you an impressive sum of money in the process. Luckily, you had Apple insurance, right?

Android phones, on the other hand, can be easily repaired (you can often do it yourself, and spare parts are available over the counter.

For technical enthusiasts: Apple does not use file centralization, while Android does. Ordinary mortals don’t see the difference?

Maybe…until he decides to search for a particular file or photo. This is done with a few clicks on a Samsung, but takes an elephant’s memory from iPhone fans.

Do you know Siri?

Not only does she purposely not understand you if you don’t articulate perfectly—and with the correct accent, pliz—but she also answers wrong two out of three times.

After having repeated to him 5 times: “Hey Siri, what time is it? », Hearing yourself reciting the recipe for the butter quenelle is frustrating and makes you want to throw away your iPhone to buy a Swatch.

Especially when you know that the latest iOS 15 records all Siri requests from users who have blocked the sharing of their information ….

The iPhone is absolutely perfect. That’s why its users never want to rearrange icons, add or remove Widgets, change the appearance of their screen…

Nevertheless… as the owner of a Smartphone running on Android, you appreciate being able to personalize your screen according to your desires and your needs.

iPhones were never meant to last, and the cost of repairs means that most prefer to buy a new Smartphone at the first problem… Whereas Android Smartphones can be used for many years, even without the latest updates. day.

That said, let’s be honest, Apple has made great efforts on this point in recent years. One can only highlight their decision to extend the life of their iPhones with the availability of updates for longer.

Come on Apple, all you have to do is improve the battery, and your iPhone will last almost as long as a Galaxy! 🙂