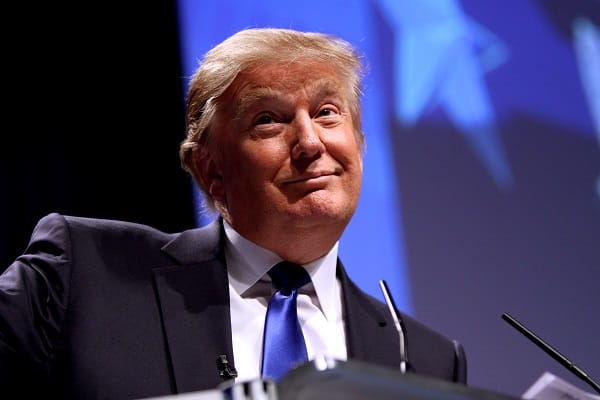 A Donald Trump comment has started Twitter’s newest meme, and the best part is that no one even knows it.

Twitter’s newest viral joke originated with a Donald Trump comment, but to get inside of the inside joke circle, you need to spot the subtle pattern (of just read this article, cheater).

The new Twitter meme is so harmless and simple on its face, you’re likely to miss it even though it has almost definitely crossed your stream today. Tweets that simply read “Wow” with a link are part of the trend, and if you click the link, you’ll see why.

Follow the chain all the way to its end and you’ll find its source: A relatively unspectacular Donald Trump comment.

Shark Tank is a dead Friday night filler compared to the Apprentice which has been number one show for week in the T. V. ratings!

Not very funny? As The Verge notes, the real humor in the joke is that everybody jumped on without having any clue what it’s about or where it came from. “I have no idea. I just saw it and played along,” said 19-year-old startup founder Alex Godin. “I did have the patience to click through to the end… and it’s just a disappointing Donald Trump tweet about ‘Shark Tank.'”

If you want to know more about the Donald Trump comment that launched a viral Twitter meme that nobody knows anything about (but is being shared like joint at a Grateful Dead concert) check out The Verge’s full report here.