Twitter says its Firefox Mobile app will work in much the same way as other mobile offerings. The Twitter app will include Home, Connect, Discover, and Me tabs, alongside search and compose Tweet icons.

Along with standard features Twitter has added a unique “Web Activities” tab which allows users to tweet photos directly out of any app that supports the Web activity feature. Firefox OS’s built-in photos app is one of the Web Activities supported options.

By jumping on-board the Twitter OS platform the social network will gain access to users in emerging markets. Firefox OS is initially planned for entry-level smartphones. 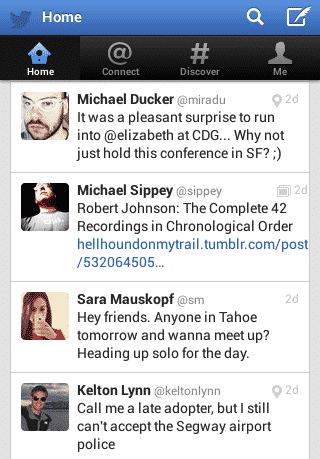