by James Kosur 11 years ago8 months ago

Skype 5.5 beta has been released and with it comes plenty of Facebook Integration. The new version of the popular chat and VoIP application brings with it the ability to instant message Facebook friends while adding a Facebook contacts tab to separate your FB friends from your Skype list.

Along with that integration Skype has added the ability to “Like” and even comment on your friends Facebook status messages without needing to leave the Skype platform.

Along with the company’s new social network integration they have also introduced a new Call Control Toolbar that offers more sleek looking icons and allows for phone numbers to be more easily saved in the “Call Phones” section, while placing a call on hold brings with it better visuals. 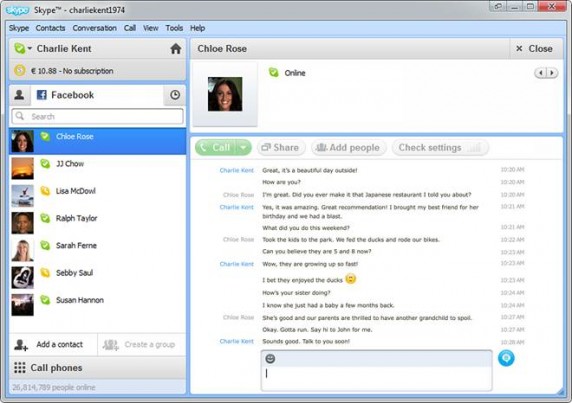 What do you think about the new Facebook integration? Now it’s become even hard in my opinion to escape Facebook even for a few minutes.