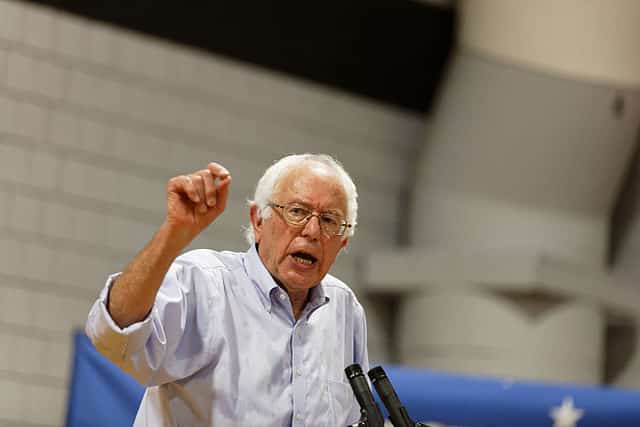 Ever hoped you get rich and popular enough to internet troll a senator? Well, it just happened. Bernie Sanders and Elon Musk just had a heaty exchange on Twitter over the weekend. Clearly, Musk slams the senator for demanding the wealthy to pay the so-called “fair share”. Just last week, Musk Tweeted if he should be selling 10% of his Tesla holdings to pay for his taxes. The poll resulted to 58% favoring that he should. Believe it or not, Bernie Sanders is not the only source of Musk’s tax woes.

How did it start?

We must demand that the extremely wealthy pay their fair share. Period.

Musk then replies to the said Tweet with “I keep forgetting that you’re still alive” and immediately followed it with asking if the senator wants him to sell more stocks.

What was that about?

We all know that earlier this year, the senator proposed a 3% wealth tax on billionaires known as the Ultra-Millionaire Tax Act. All tax revenues are proposed to be invested in child care, and education. The goal of this is to reduce the widening wealth gap in the U.S. after researchers show that the rich actually got richer during the pandemic, while millions of Americans lost their jobs. What has it got to do with Musk? It is widely known that he is among the richest billionaires, if not the richest, in the U.S.

Not the first time

This was not the first time that Sanders and Musk had a Twitter battle. Earlier this year, Sanders had Tweeted Musk to “focus on Earth” and climate change than focusing his wealth on reaching other planets. Since then, the two have continuously exchanged pointed arguments on Twitter.

Here are some of the best internet reactions to the

this makes a lot more sense when you consider the rumors that bernie sanders just started dating grimes pic.twitter.com/1y4UZjgTRt

Whoops, this is too eerily true

For whom are we closing the wealth gap for anyway?

There’s really no easier political test to pass than choosing sides between bernie sanders and elon musk. You might be too online if you’re struggling with this

He could set a better example

Money doesn’t automatically turn you into a raging egomaniac. It’s a choice. I wish Musk would set a better example. pic.twitter.com/IgEhZYXBeW