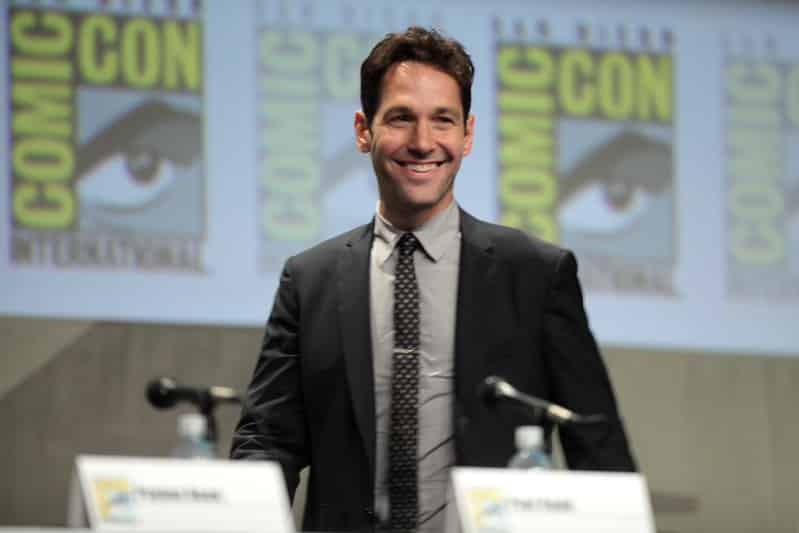 People just named Paud Rudd as the 2021 Sexiest Man Alive and people on the internet are going CRAZY. The decision came as such a surprise that even the 52-year-old actor himself is having a hard time coming to terms with his new title. He has overtaken Chris Evans, y’all. The news is so shocking, even his wife was “stupefied” by the results. Keeping our surprise aside, we all know why the people have voted for him. He is wholesome and he does not age.

Let’s be honest, Paul Rudd is an adorable actor. The man makes aging look so easy. He looks as if he has discovered the fountain of youth. Besides that, he has all these lovable qualities – funny, wholesome, goofy, kind-looking, and all that. But, sexy is a new thing even for the actor himself. He even admitted that he thinks a lot more people should get it ahead of him. Well, with that humility, cute smile, and loveable persona – we all know that he deserves the title.

There is only one thing we can say about this new title of his. Finally, the goofy guy gets recognized as the #SexiestManAlive!

Mark Ruffalo knew this day would come for his buddy

Is that Paul Rudd…#SexiestManAlive?! I knew this day would come. Congrats, man 🥳 I hope you continue to never age so you can continue to hold this title. https://t.co/OrD8OThrFn pic.twitter.com/54oUwHNmrh

Young Paul Rudd in Clueless, though

I’ve been in love with Paul Rudd since 1995, so yeah, he deserves that win pic.twitter.com/reT104ZmXO

He’s so game too!

The sexy test is not complete until @StephenAtHome does a physical evaluation. Paul Rudd’s final exams are underway for @people‘s #SexiestManAlive! pic.twitter.com/JqqOdTKiIK

Where is the lie?

paul rudd named as the sexiest man alive??? i mean…where’s the lie pic.twitter.com/2Fv72ecTAv

From a heartthrob to a hero

From ‘Clueless’ and ‘Friends’ to the ‘Ant-Man’ franchise, Paul Rudd has played everything from heartthrob to hero, and now, he’s the Sexiest Man Alive.

Wholesome is the new sexy

I have no objection to Paul Rudd being named sexiest man alive. That wholesome gem been fine for decades, let him get his flowers pic.twitter.com/NKiuQhfhu1