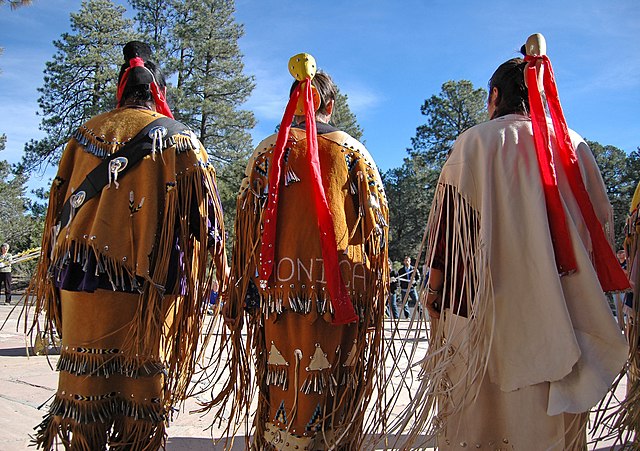 We all have to thank all the incredible Native American Influencers on social media for risking their privacy to share their culture and heritage with the internet. Even in the modern world, with everyone gaining access to the internet and social media, indigenous groups are still not properly represented. There is still a lot of misinformation, disrespect, and general ignorance about indigenous groups, their history, their values, and their culture. If anything, the internet has become a tool for people to bully, offend, and hurt people from minority groups. The great thing is, the internet has also become a great place to educate others – influencers showing real-life people, their cultures, and their experiences.

Here are some of the most incredible Native American influencers on social  media and why you should follow them:

A model and influencer, his content focuses a lot on Native American culture and heritage. He has some posts on history, his origins, facts, and more – things that are sure to not only interest his viewers but also to teach them truths about American Indigenous groups. Not only is he a popular personality on TikTok, but he is also an actor and a model. Donning his silky black hair and brown skin, who knew fusing modernity and indigeneity could look so fabulous? He is proud of his ancestry and even features native costumes in many of his campaigns and photos. He uses his fame and platform to let other indigenous people living in the U.S., especially young ones to stand tall and proud of their heritage.

Racism still exists in the modern world and, yes, it affects all of us. However, it affects people from minority groups more than it should. With the lack of representation in congress, and the lack of presence on media, people from minority groups all over the world suffer from racism more severely. The Modern Warrior does what it can to protect its people and that is to call out subtle racism on social media. A lot of people are ignorant that what they do can be offensive to indigenous people, so the Modern Warrior uses his platform to call out, educate, and correct racist behavior.

There are a few topics about heritage and culture that are difficult to talk about in conversation. These are the kinds of topics that Tiamiscihk usually features in her content. She talks about decolonization, their culture, the history of her people, and the pride about being an indigenous woman. She also talks about other things like her hair which is something held of great importance for their people. Her content is great not only for representing indigenous people on social media but also give inspiration to young children. It was difficult growing up to feel different and be told you are different. It is a great feeling to see someone like you on TV and social media.

On top of that, her TikTok is so fun to watch because of the incredible and colorful clothing she features. She is also from Canada, a fact that she also relates to that a lot in her channel. But not all of her content is serious. Some of her posts are also funny, poking fun at her experiences growing up as an indigenous woman.

Have you ever seen indigenous costumes in high fashion? Well, Quannah got that for you! A 19-year-old model, she is not shy about fusing her work together with her indigeneity. One of her most adoring features – her eye-catching, traditional face tattoo. She says that to be able to bring it back and to be able to confidently display them without question is not only empowering for her but for her people as well.  But really, we need to talk about how her Instagram page looks like it is taken out of a magazine!

A dancer by profession, Notorious Cree features a lot of Native American cultural dances on his page. He presents folk dances as something cool and a topic we should all be talking about, something that not a lot of younger people enjoy doing. He features how to wear the costumes, how to use the props, and a few tutorials as well. He also explains the meaning behind the dances and what the dance routines represent for his people.

be proud of yourself, and your journey #culture #powwow #native

Proud of being “Indigenously Indigenous”, Brett takes a different approach to make his people proud and that is through comedy. The truth behind his skits on TikTok will not only make you “woke” but also keep you laughing. It is even more hilarious if you can relate to his skits (i.e. experiencing them yourself). That is the charm of his channel, the relatability, and the honesty.

Too majestic to be waving normally 😂 #nativehumor #indigenous #nativetiktok #nativeamerican

Also read: Twitter is Swarmed With Support for Hannah Gadsby Versus Netflix and Dave Chappelle