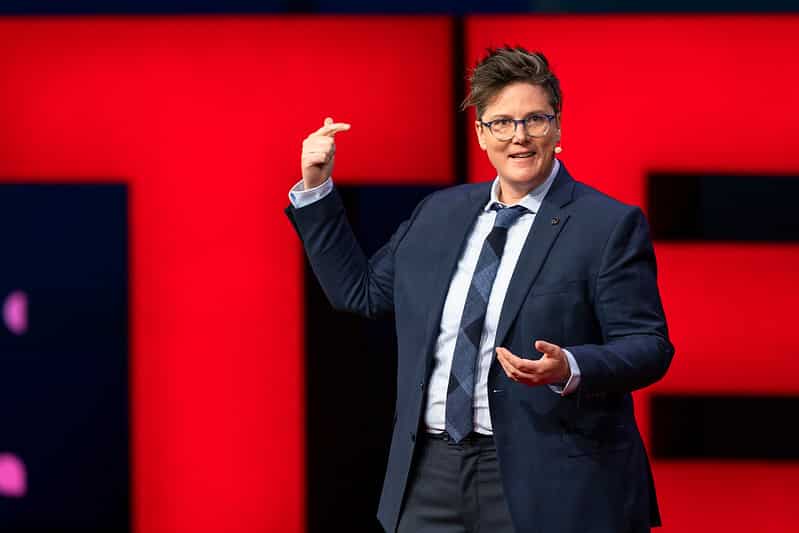 Stand-up comedian, Hannah Gadsby, has called out fellow comedian Dave Chappelle for his homophobic and transphobic “jokes” on Netflix’s The Closer. While he is on the floor, he explicitly mocked the trans community. Gadsby also called out, and put pressure, on Netflix for allowing such unacceptable comments to run through editing. Of course, a lot of people are disgusted by Chappelle’s comments and many have rushed to Twitter to support Gadsby as a comedian.

As support for her, Trans Netflix employees seek an audience with Chappelle as a follow-up to pressures being set against Chappelle and Netflix. His reaction caused a total ruckus on Twitter. Right now, reactions from the internet are mixed – some people support Dave Chappelle’s claims while many more swarm their support for Hannah Gadsby. She is not funny? Maybe, you can’t just relate to her.

Is that all he got?

Hannah Gadsby describing Dave as a man who “gets 20 million dollars to process his emotionally stunted partial world view.”

We need more Hannah Gadsbys in this world

In a world of Dave Chappelles, be a Hannah Gadsby pic.twitter.com/fqg8E0z9cA

Nope, no distinction there

Dave Chappelle told a “joke” about assaulting a lesbian in his stand up special and now demands that trans people “admit that Hannah Gadsby isn’t funny” in case any cis lesbians are confused, people who hate trans people hate you too. They do not make a distinction.

And what a requirement that is

So Chappelle offers to meet with trans *Netflix employees* on the condition that it’s at a time and place of his choosing, and oh they must first insult Hannah Gadsby, and this is portrayed by the media as a good faith offer to communicate with the trans community writ large

My mentions are full of grown men to whom I’ve never spoke, let alone met, insisting to me that Hannah Gadsby is irrelevant. Because if there’s one clear sign that someone is irrelevant, it’s millions of strangers talking about them.

Is this history repeating itself?

The appeal is not for you, so you can’t really relate

People suggest Nickelback is bad. The applause at their concerts suggests otherwise. https://t.co/uk7odJUSSR

Also read: Squishing of the Squash Event in Oregon Zoo Signals That Halloween is Here