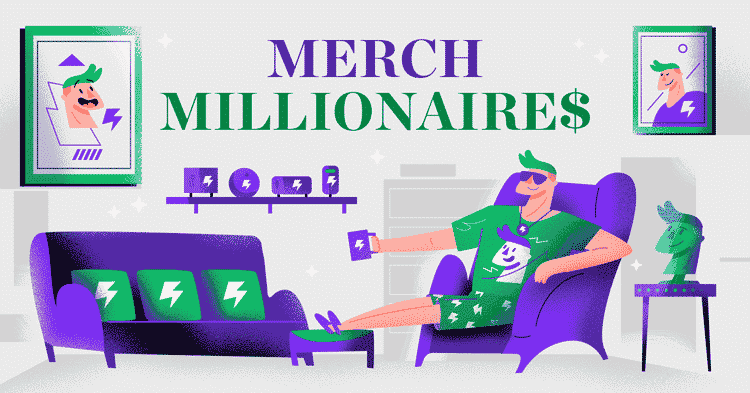 Ever since George Lucas made the decision to pass up a directing fee for Star Wars in favor of licensing and merchandising rights (making himself a fortune), it’s been clear that merchandise was the way forward for savvy celebrities. More than 40 years later and every celebrity worth their salt has their own merch lines to top up their bank accounts, whether they’re movie stars or TikTokers.

But who are the kings and queens of the merch game? NetCredit set out to find out by creating the Celebrity Merchandise Index, calculating their income based on sales of their official merch. Surprisingly, only two of the top five are traditional ‘celebrities’, with Harry Styles and Lady Gaga both converting their fame as musicians and actors into big bucks with branded goodies for sale.

For Harry Styles that adds up to $22,970,575, a figure that must have been beyond his dreams when he auditioned for British TV show The X-Factor and found himself in a hastily-assembled boy band called One Direction. It puts him out in front of the Index, with Gaga’s $15.8 million enough to put her in fifth place.

However, in between them are three YouTubers. You might not have even heard of The Sidemen, a musical act that began on the video sharing site and has gone on to make $21.6 million, which is only $1.3 million less than Styles. Meanwhile, YouTuber-turned-boxer Jake Paul has made just over $19 million from his merchandise, with MrBeast only just behind in the list.

The rest of the top ten features fellow influencers KSI and Dude Perfect, but sees the big hitters from the music world muscling back in on the merch game with Ariana Grande, Eminem, and Justin Bieber all earning millions from selling to their fanbases. Why not check out the rest of the list and find out how much it would cost to be a superfan of these celebs?