Where in the world are the highest burglary rates?

by SocialNewsDaily 1 year ago1 year ago

The global pandemic and subsequent lockdowns generally saw burglary rates fall, with one study showing a drop of 28% across 27 cities around the world. However, the problem of people breaking into homes and stealing possessions hasn’t gone away, despite the sophisticated home security technology that’s now available.

Budget Direct has looked into burglary rates around the globe to see where the best and worst places to live are if you want to avoid being burgled. The results are bad news for homeowners in Peru, which has the highest rates with 2,086 burglaries taking place per 100,000 people per year.

The safest place to live based on burglary reports is Bangladesh, which shows up just 1 per 100,000 people, the lowest rate in the world. Other countries with very low rates include South Korea (2 per 100,000) and Nigeria (3 per 100,000), with Scotland and Egypt also in single figures.

At the other end of the scale, the Seychelles comes in second place with 1,454 burglaries per 100,000 people, with Australia having a rate of 911. When it comes to most burglaries in total, the United States comes out on top with 1.7m per year, but with a population of 327m, this gives it a rate of 511, placing it 15th on the list.

The lowest number of annual burglaries is 18 in San Marino, which also has the smallest population on the list at 33,860. However, size isn’t everything, with Liechtenstein having a population of less than 5,000 more, but recording 107 burglaries, meaning that its rate is 278, compared to 53 for San Marino.

Every burglary is a traumatic experience for the homeowner, but as you can see, rates vary widely across the world. Why not dig deeper into the data and see how your country compares? 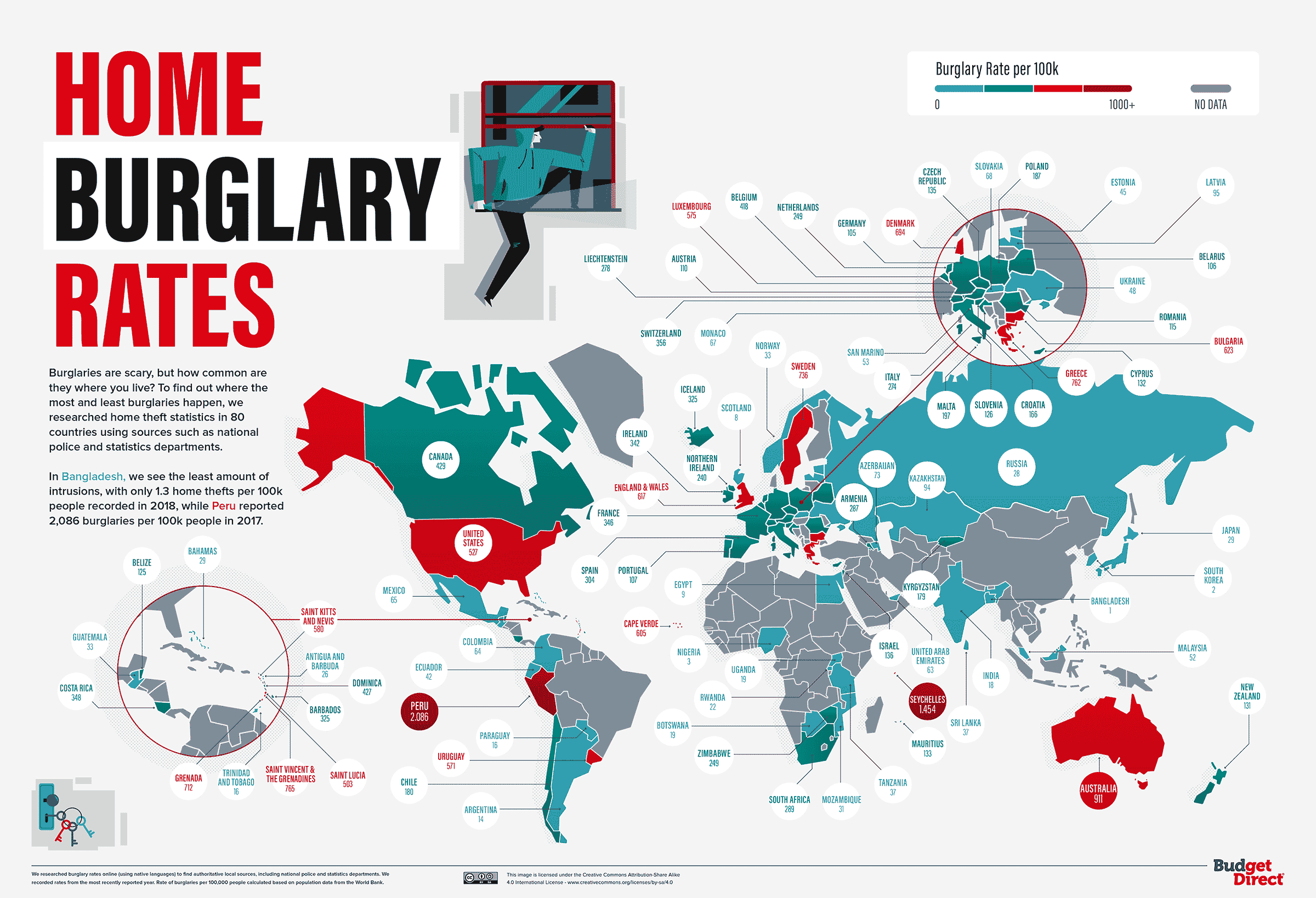