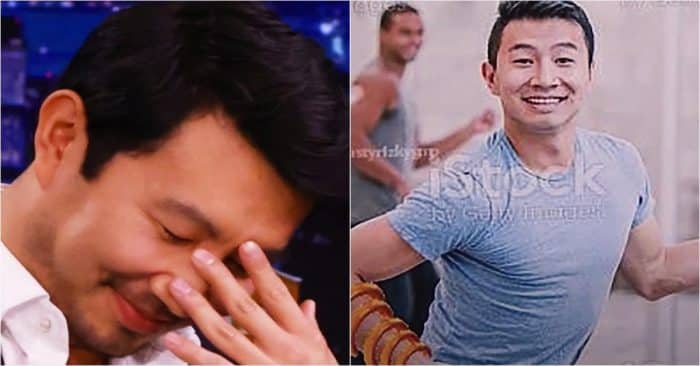 Shang Chi is finally a Marvel Avenger! In the course of the last week, Simu Liu’s stock photo memes became viral on the internet. People can’t believe that their new favorite hero used to model for stock photos. Everyone thought that the movie would flop and people were laughing at the stock images at the same time. But everyone’s wrong on both accounts! Not only was Shang Chi a great success, but the stock photos also made Simu Liu even more popular than he already is.

A lot of people don’t know if they would be awed or they should cringe from this discovery. Either way, let’s admit, Simu Liu is a great stock photo model.

every @SimuLiu stock photo i could find; a thread pic.twitter.com/FzJyGnxQdt

They’re funny and cool at the same time

Lots of people thought the movie would flop

remember when people said Shang Chi was gonna flop so Simu Liu did this 💀 pic.twitter.com/bS095CHcqY

But they were wrong, and the stock photos made him even more famous

thinking about when simu liu was a stock photo model pic.twitter.com/6ymkd1CNGy

Now, it is literally everywhere!

When you see another Simu Liu stock image on the TL (we’re not complaining) #ShangChi pic.twitter.com/dXGLb65OgQ

Even in random apartment buildings

a @SimuLiu stock photo is in one of the windows of my apartment building😂😭 pic.twitter.com/kZHBSFwaGz

The tl filled with Simu Liu stock photo edits be like: pic.twitter.com/oW5ES3fJYZ

And, everyone is excited for every new stock photo discovery (cause there’s so much of them)

It is even edited into Marvel scene photos

He even used his own stock photos to create memes

Me laughing at the people who thought we’d flop pic.twitter.com/7UoLqRXlCJ

Also read: Hilarious Memes about People Taking Ivermectin Instead of the COVID-19 Vaccine