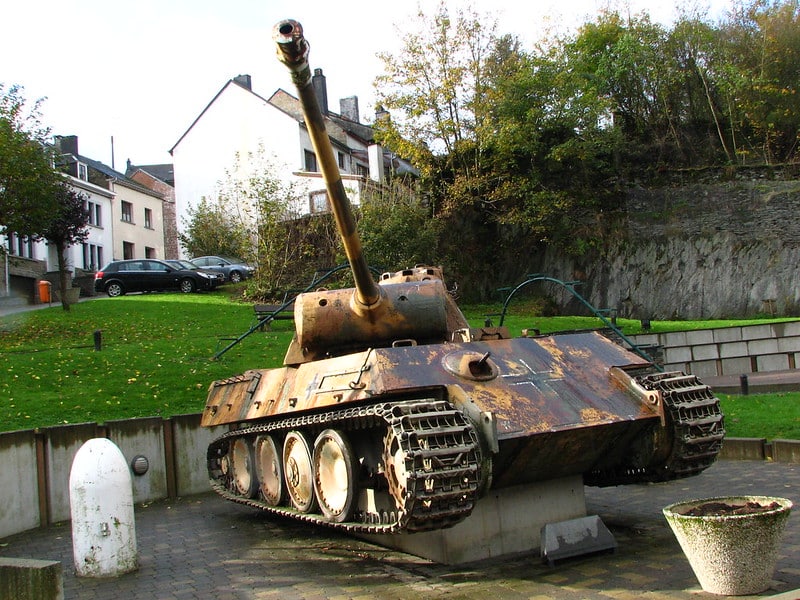 An 84-year-old grandpa in a German town known as Heikendorf was recently convicted for possession of illegal weapons. A collection that would wow even a prestigious museum, the old man has World War II artillery and art.

Originally, the home was searched for stolen Nazi art. They were able to find a bust of Hitler, Nazi uniforms, and other Nazi art and memorabilia. But, authorities made a startling discovery of a humongous German tank in the 84-year-old’s basement. It was found along with a huge collection of World War II artillery. He was tried under Germany’s War Weapons Control Act. This  German law prevents the manufacture, transport, and sale of war weapons.

It is not surprising to find people with WWII memorabilia collections in their homes. However, to keep a German tank for a personal collection is a great dedication to the collection. How he was able to take all the weapons down there, especially the large tank, without much commotion remains a mystery. The only thing the public knows is that the German grandpa bought it as scrap and the majority of the artillery are no longer functional.

Back in 2015, when the tank was discovered and was to be confiscated by the government, it took a group of 20 soldiers and about nine hours to take the tank out of the basement. Basically, the difficulty was presented largely due to its lack of tracks.

There are rumors that the man used the tank once, in 1978, as a snowplow but there are no indications of reprimand for his actions. Neighbors and local media also said that the man had made no secret of his collection, it is a wonder why it took so long for authorities to discover what he has hidden in his basement.

A hefty price to pay for a crazy collection

It took six years for local authorities to investigate and make a ruling against the old man. The decision – the retiree must donate or sell the items to a museum or a collector within the next two years. He is also ordered to pay a $300,000 fine. And he has a suspended prison sentence of 14 months. Thankfully, the courts are also considering lowering the fine to $59,000.

Right now, a US museum is interested in purchasing the tank. Also, a good number of collectors from all over the world have reached out to the old man to buy some of the collection. The Panther tank, the tank in the old man’s collection, is said to be one of the best German tanks in World War II.

Also read: Pfizer Vaccine Experiences Are Trending on Twitter, Here are Some of the Best Tweets