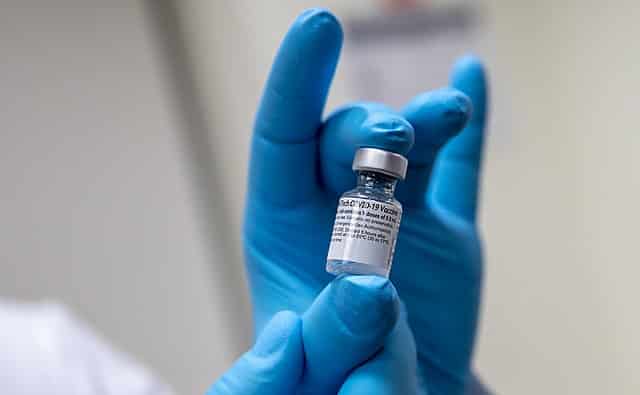 In hopes of encouraging others to get a Pfizer vaccine and drown out all the ‘negative experiences’ being shared on social media, a lot of Twitter users have taken to the social media platform to share their experiences with their shots. A lot of people shared that they felt sore on the first shot but felt nothing on the second. There are even Tweets on how they got severe side effects but do not have reluctance in getting the second dose of the vaccine. Others have shared how minor side effects were and how worse off they would be if they catch COVID without a vaccine. Some people also exclaimed that it does not matter which brand they get vaccinated with as long as they get their shots. All in all, the goal was to reduce vaccine hesitancy and remove all kinds of stigma against the vaccine.

All the posts are inspiring and are true testimonies on how effective vaccinations are against fighting diseases. In the past few hours, Pfizer has become such a trend on Twitter. Apparently, a lot of people got the wrong memo and commented on hilarious ways they believe getting a Pfizer vaccine changed them.

Sarcasm aside, here are some of the most hilarious tweets of them all:

Pfizer Shot 2 will make you feel this great!

Anyone: i just got pfizer shot 2 I feel great

Does it change you in more ways than you think?

Before Pfizer Vaccine VS. After
Any questions? pic.twitter.com/wtd9CDieW0

This dude became the Rookie Of The Year

Got Pfizer, after my second shot, messed around and became Rookie of the Year #ROY pic.twitter.com/p8yWdnk2Jd

I got Pfizer and I started taking photographs of trees, water and the sky.

The vaccine will make sure you’re alive

I got Pfizer and now I look like this…

After I got Pfizer shot, I got ice cream.

I’m actually lactose intolerant but if I just have one ice cream scoop I’m okay. So at the time I said what the heck, let’s do two scoops because I didn’t have to stress out anymore about a deadly virus that makes you gasp for air. TMI? https://t.co/9tAaFoWlRM

Of course, we need to poke fun at 5G too!

2nd Pfizer jab was last week, bit of arm pain but I think that’s just the 5G starting up https://t.co/dVyg5ckHkz

Productivity is a side effect of the Pfizer vaccine

2nd Pfizer jab was last week, bit of arm pain but I think that’s just the 5G starting up https://t.co/dVyg5ckHkz

Will it plump you up too?

Before Pfizer vs after Pfizer, be careful out there guys 😤 #PfizerVaccine pic.twitter.com/HaqSLz2UHb