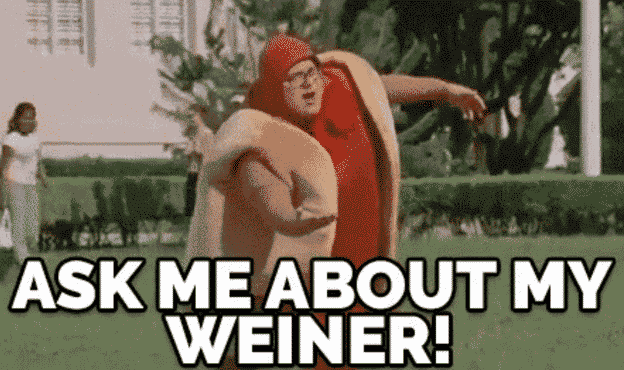 A waffle house in Toronto is making headlines after citizens of the internet found out that they are serving shafts of delight on a stick, quite literally. Known as the Members Only Waffle House, the main menu is a suggestive chocolate-covered, member-shaped waffle. Their motto is “Delight, Play, and Entice”. The restaurant is located at 592 Queen St. West, Toronto.

Currently, the waffle house is only serving three items on their menu – the Plain Johnson, The Founding Member, and The VIP. The Plain Johnson, sold at $8 each, is a bare waffle that is dipped in hot butter and topped with icing sugar. It is as plain as it can get but still serves up a scandalously delicious waffle. The Founding Member, which comes at $9 per stick, is dipped in milk chocolate. The catch – it is also served with a very suggestive white chocolate that drips from the tip. Then, the VIP, served at $10 each, is served the same size but customers could choose any dip and sprinkle of their liking.

A post shared by Members Only Waffle House (@membersonlywh)

These are not just some ordinary, straight-out-of-a-box waffle. These are made by an in-house chef and are produced with great ingredients. All chocolate dips are made from Belgian chocolate. Customers could choose from various toppings like shredded coconut, almonds, and pistachios.

Bring a little giggle at these trying times

The owner of the restaurant, Kirsty Fan, has said that she came up with the idea during quarantine after spotting a similar restaurant in Spain. She thinks that it is such a crazy, but creative, that will surely create a buzz in Toronto. We all know that the previous year was tough and everyone is going through such trying times during this current pandemic. Fan, the owner of the restaurant, thought that she wouldn’t just be serving up waffles on a stick, she would also be serving up fun. She said that she wants her customers to have a laugh or a smile from the desserts she is serving.

And the climax of all these delicious desserts is the fact that they are on a stick and could be eaten to-go. How hilarious would it be to walking around the streets of Toronto carrying a member-shaped waffle on a stick? Not only are these scandalous waffle willies served crispy on the outside and fluffy on the inside, but they can also be quite anatomically correct too. Veiny and, yes, do come complete with double nuggins.

The novelty is a stunner

When they opened up recently, a lot of their customers took to social media to post hilarious images of themselves enjoying this champion of a dessert. As expected, it immediately created a buzz not just in Toronto but all over the internet. If people were not buying, curious onlookers surrounded the shop on opening day. Although, also as expected, not everyone is amused.