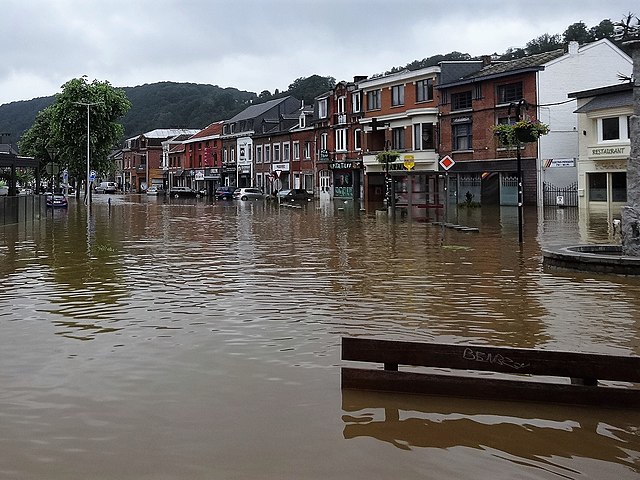 As if the wrath of 2020 wasn’t enough, 2021 has got some real horrors up its sleeves. Flooding in Europe, floodwater submerging a subway in China, a mutating virus, and a new disease – these are just some of the horrifying calamities the world has faced in the last week. One question is in everyone’s mind – ‘when will it ever end?’. Right now, experts are still to find out the root cause for all these catastrophes.

Here’s a few horrifying events that happened in the world in the past week:

The worst calamity Germany has ever seen

Cars and houses are washed away. Swelling streams made it worse. Close to 200 lives have been lost and the German government is facing backlash over its disaster response. Almost 300 people remain missing and more than 700 people are injured. Climate change is the probable culprit of this event and people are wondering how much worse we should expect in the future.

After heavy floods in Germany, Belgium and Netherlands – now Austria 👇👇

“This is the climate crisis unravelling in one of the richest parts of the world — which for a long time thought it would be “safe”. No place is “safe” any more.”~ @Luisamneubauer pic.twitter.com/Ql41AiM4Q1

This is probably the worst flood Europe has ever seen. Scientists are stunned by the sudden event, and many are asking if first-world countries are actually prepared for such catastrophic events to happen again.

Eight inches of rainfall in an hour – this was what was recorded in a city somewhere in central China yesterday. Experts say that this is the last three days of rain was the worst the city has seen in the last thousand years. Eight inches of rain in an hour is an unbelievable record. It also happens just so rarely anywhere in the world. This much rain has caused severe flooding within the city claiming several lives and livelihoods.

Torrential rains in Zhengzhou in China have caused a catastrophic flood submerging subway lines within the city. A nightmare turned into reality, thousands of passengers are stranded inside trains submerged in chest-deep water. Videos went viral on social media where passengers shared their conditions to gain attention from authorities and to ask for rescue. Almost all passengers were eventually rescued but with at least 12 fatalities and a couple more injuries. According to reports, floodwater slowly crept into subway lines first at ankle length. Within the next hour, the water reached knee-deep forcing passengers to stand on the seats while others clung onto the ceiling. It took several hours for authorities to be able to rescue the passengers.

The new epicenter of Asia’s COVID-19 crisis has been transferred to Indonesia in the last week all because of the new Delta variant. Tens of thousands of cases are recorded daily. The exponential growth of numbers has exhausted hospitals and funeral homes all over the country. Citizens are blaming their government for its slow response. This is not only in shielding the country from the new variant but also in vaccinating its citizens. Due to the lack of testing and isolation facilities, nobody could really gauge how bad the current situation is on-site right now. Emergency lockdowns are in place and everyone is deeply praying that the cases would soon subside.

A disease known as Mucormycosis (or black fungus), has been spreading in India like wildfire.  As of writing, more than 45,000 cases are recorded in the country just in the last two months. The threat of this new disease is being trumped over by a more horrifying COVID-19 crisis in the country. Health care professionals are now worried that a disease previously considered as ‘rare’ is reaching an outbreak in hospitals all over the country. ‘